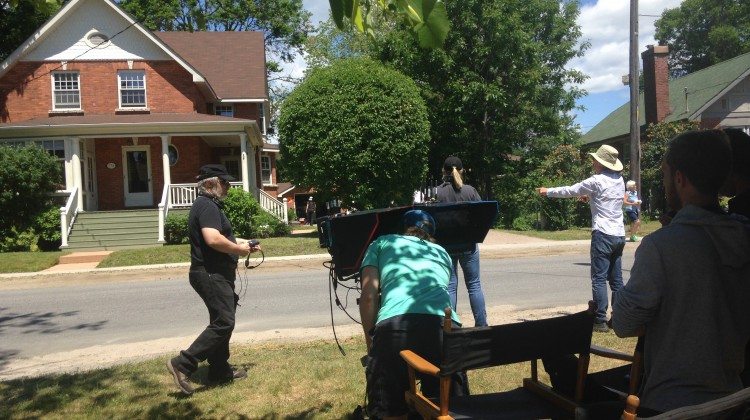 Students at the Near North District School Board are going to have the opportunity to get on-the-job training in the film industry.

A new partnership and filming initiative has been launched involving the board and the Northern Ontario Film Studios (NOFS).

Along with students finding out about possible careers in the Northern Ontario film industry, officials say the hands-on training will give them a foundation for getting into the industry after graduation.

“This partnership is the first step to developing the young talent we have in our region and keeping them at home to work and grow in a new and exciting industry,” says David Anselmo, NOFS President of Production.  “Twenty years ago, when I chose to pursue my passion as a filmmaker, I never had the opportunity to do it in northern Ontario. This partnership is just another way NOFS can fulfill its mandate of creating long-lasting cinema in the North. “

Craig Myles, NNDSB Director of Education says it’s important to the board to continue to create innovative pathways that help students to make connections with the workforce and the community.

“This exciting new partnership with Northern Ontario Film Studios provides our students with an opportunity to explore the burgeoning film industry and seek further study and/or employment in an exciting career in their home communities,” he says.

With its sister company Hideaway Pictures, the Northern Ontario Film Studios has produced more than 60 films.

They have three production studios in North Bay and Sudbury and created a turn-of-the-century town in Powassan, as a film location.