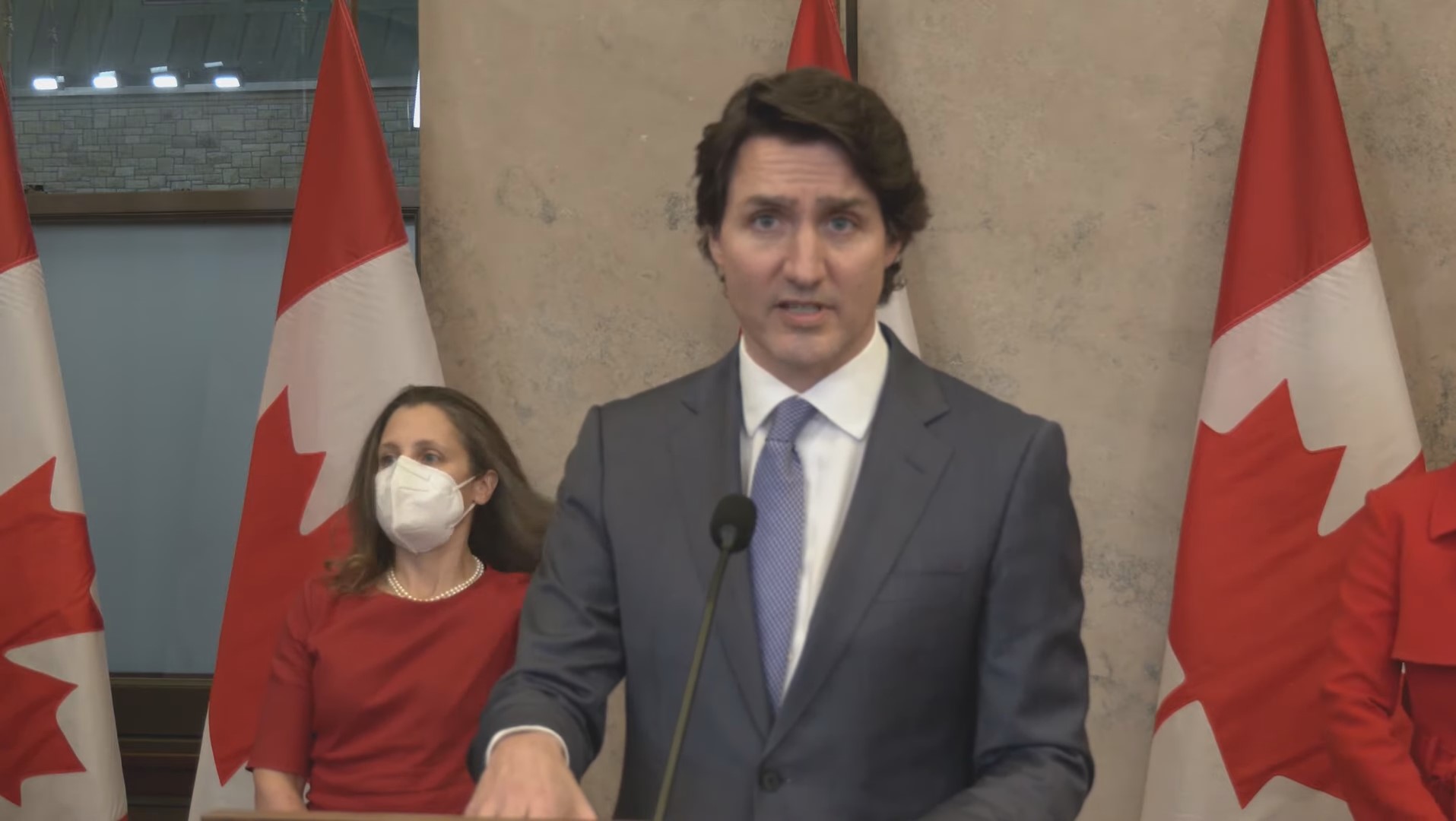 Canada’s Prime Minister says “everything is on the table” when it comes to ending the Freedom Convoy protests.

Justin Trudeau doubled down on his stand calling the protest an unlawful activity that has to and will end.

“I can’t say too much more now as to exactly when or how this ends because unfortunately, we are concerned about violence,” he says,

Repeatedly asked about the use of military forces to end the protests, Trudeau said doing so in Canada is something he will avoid having to do at all costs. Trudeau says that’s why the federal government is taking every precaution to keep people safe.

But the absolute safest way for this to end, he says, is for everyone to return to their communities now.

Trudeau also says the millions raised by the protesters will be under intense surveillance by Canadian banks. He says funds cannot be used in Canada for criminal or illegal activities, and given the protests and blockades are illegal banks will be “taking action as necessary”.