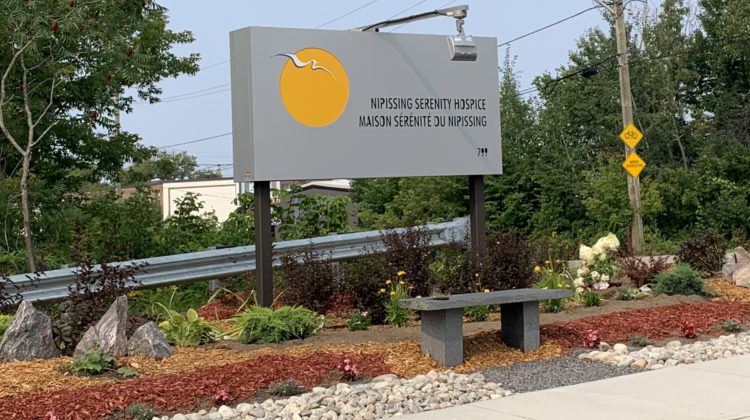 Nipissing Serenity Hospice relies on fundraising and donations for about 40 percent of its budget.

That’s according to Gil Pharand, Executive Director of the palliative care facility, who says that amounts to about $700,000 a year.

“The community is very generous, they always are.  It’s just one of these things. There’s an obvious need with the people coming in,”

Pharand says since they opened their doors in January 2020 they’ve had over 140 residents come through.

Their signature fundraiser, the Hike For Hospice, was launched on Thursday.

It’s a virtual event again this year and is taking place from October 8th to 11th.

“People can register, they can donate, fundraise and then we celebrate their accomplishments on Thanksgiving weekend where they go out on their own time, they do a walk, a run, whatever works for them,” Pharand says.

The theme is ‘Honouring Our Residents’ with team pages being created in their memories for people to donate to.

Chris Pummer’s father and mother-in-law were both residents at Nipissing Serenity Hospice.

He says the service provided by the hospice is invaluable.

“When you make the decision to bring your loved one here it takes the stress of a lot of things off the table and you can just focus on your loved one, you can’t put a value to that,” Plummer says.

He says everyone at the hospice, from those in the kitchen to the administrators want to do whatever they can to bring joy to the residents.

“The nurses asked my Dad who his favourite bands were, so he told them, and the next thing you know the music starts piping up in the room.  Just that alone, the smile on his face,” Plummer recalls.

At Thursday’s launch, the Hospice invited those gathered to leave their hand or footprints in some wet cement.

They’re paving a pathway behind the hospice, along Chippewa Creek, complete with an interlocking brick sitting area.

Check out https://nipissingserenityhospice.ca/hike/ to register. 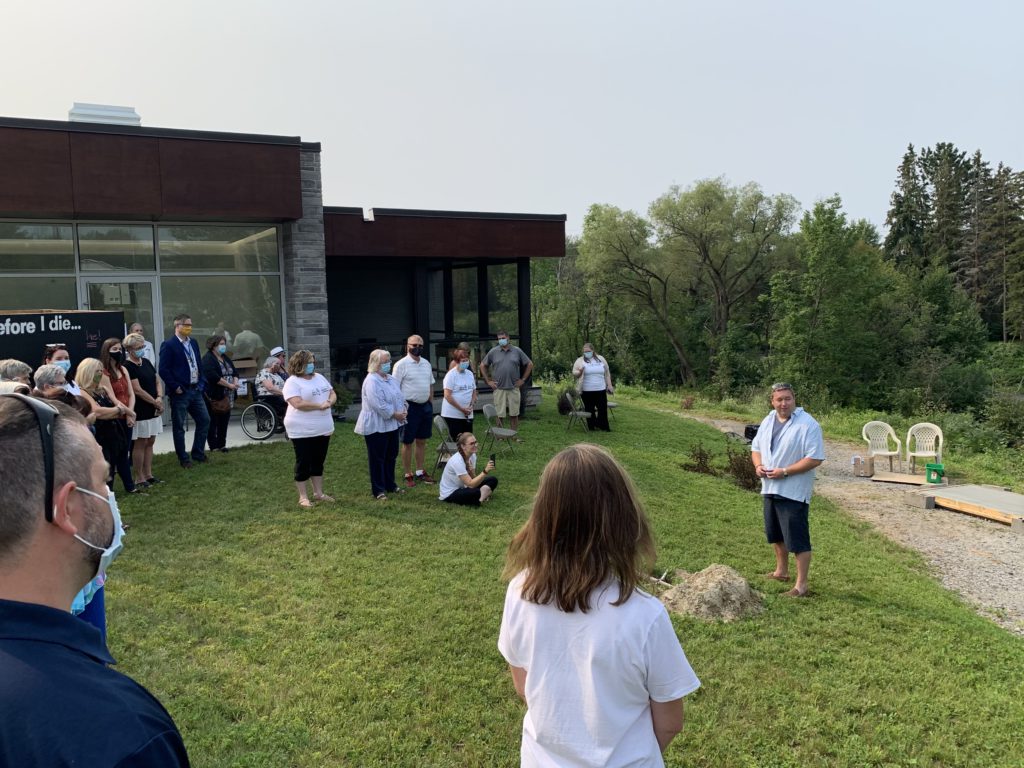 Chris Plummer speaks to the crowd gathered at the launch of the Hike For Hospice. His dad and mother-in-law were both residents at the hospice. Photo by MyWestNipissingNow.com staff. 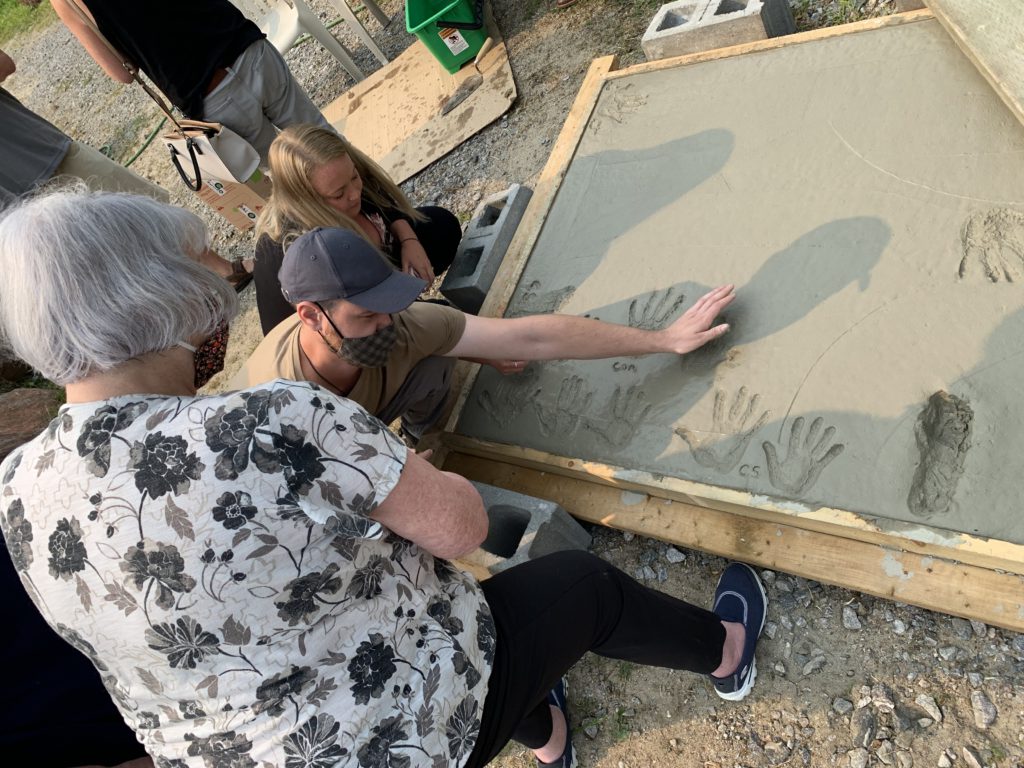