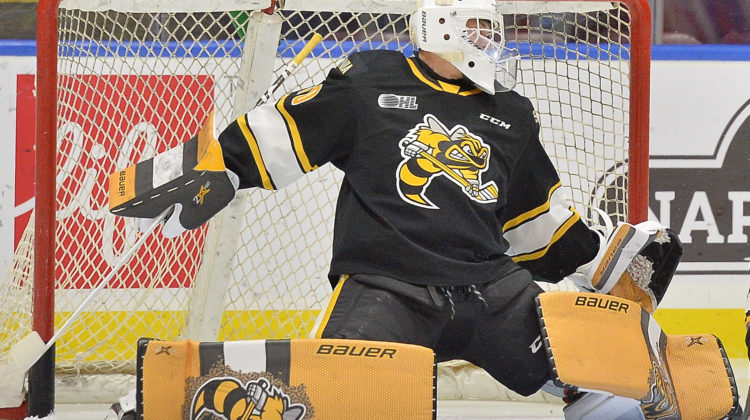 A former Trappers goalie and two North Bay Battalion players have been drafted by NHL teams.

Corbeil’s Ben Gaudreau, goaltender with the OHL’s Sarnia Sting, was selected in the 3rd round, 81st overall, by the San Jose Sharks.

“Dream come true,” he wrote on Twitter. “Can’t wait to get started, extremely honoured and happy to be a part of the San Jose Sharks organization!”

Troops goalie Joe Vrbetic was drafted in the 7th round, 214th overall, by the Montreal Canadiens.

“We’re very proud of both Joe and Matvey,” said general manager Adam Dennis in a release.

With the entire 2020-21 season lost to the pandemic, Petrov has yet to play for the Troops after being selected in the 2020 CHL Import Draft.

“In Matvey’s case, he was able to show his scoring ability while on loan with Krylya Sovetov in the MHL. We look forward to having him in our lineup next season and helping him achieve his goal of signing with Edmonton.”

Dennis feels Montreal got a “steal” in picking Vrbetic.

“Joe, like many OHL players, wasn’t able to show the hard work that was put in over the offseason but will certainly make the Canadiens proud of their pick.”

Dream come true! Can’t wait to get started, extremely honoured and happy to be part of the @SanJoseSharks organization!🦈 pic.twitter.com/Atxqj5cwqB