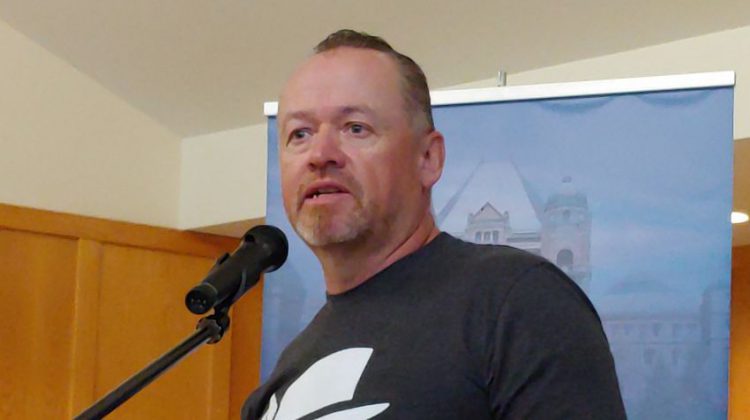 Scott McLeod has been re-elected to a third term as Chief of Nipissing First Nation.

He won Friday’s election with 483 votes, over 330 more than his closest competitor.

“It was nice to see the margin that I was elected in at, which kind of gives me a solid mandate moving forward,” says McLeod, who has been Chief since 2015. “It tells us we’re on the right path, obviously there’s always more work to be done.  But, it’s reaffirming that the work that we have been doing is what the community wants and (we will) continue to pick up the pace and continue the work.”

There’s been a lot of progress and development over the last term of council, which McLeod wants to see continue.

“We’re coming out of the other end of the pandemic which has exacerbated some of our social issues and we need to make strides to better improve on services in those areas,” McLeod says.

The seven councillors elected include:

McLeod congratulates everyone who ran.

“There were a lot of people who put their name forward to serve our community.  That says a lot about our community and the interest of doing something good for our community,” he says. “We did have a mix of incumbents, experienced councillors getting voted back in and we also have three new councillors.  It looks like we have a good solid team again this term so I’m excited to work with the new councillors.”

1002 ballots were cast in the July 9th election.