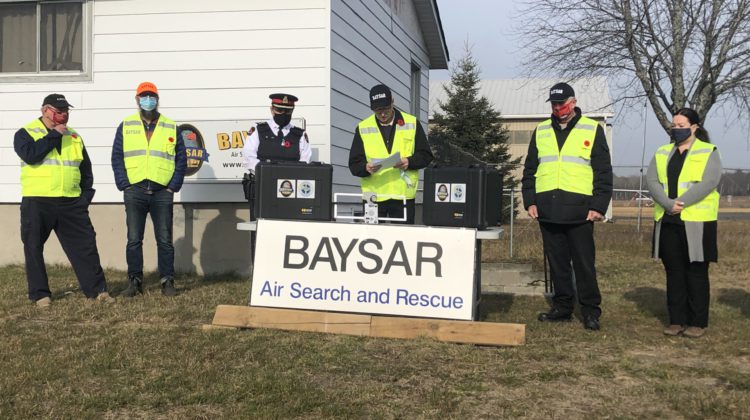 The system uses transmitters to locate people of all ages who are at high risk of going missing due to a cognitive disorder such as Alzheimer’s Disease or other dementia, Autism Spectrum Disorder, Down Syndrome, or Acquired Brain Injury.

“Our final goal was to make Project Lifesaver available regionally for North Bay, to ensure that the communities that surround North Bay get the same level of service in the OPP jurisdiction,” he says.

Project Lifesaver was launched with the North Bay Police Service in November 2020.

He says the system has already been used once back in December.

“The person was found in a very short time, approximately five minutes after police arrived on the scene.  It’s proved it’s worth and hopefully, those that will benefit from the system will be able to sign people up and make use of it,” French says.

He says there has been plenty of interest in the program.

“We planned on buying 30 transmitters which would allow for three for training and 27 for clients.  We’re now up to 22 clients.  If things continue on we’ll have to order more transmitters in the near future,” French says.

Under the agreement with BAYSAR, the OPP will always be in charge of a search and will respond as usual by calling out all applicable resources.

For information on enrolling someone in West Nipissing, North Bay, or in North Bay OPP jurisdiction contact BAYSAR Air Search and Rescue via email: [email protected] or call and leave a message at (705) 475-9694.