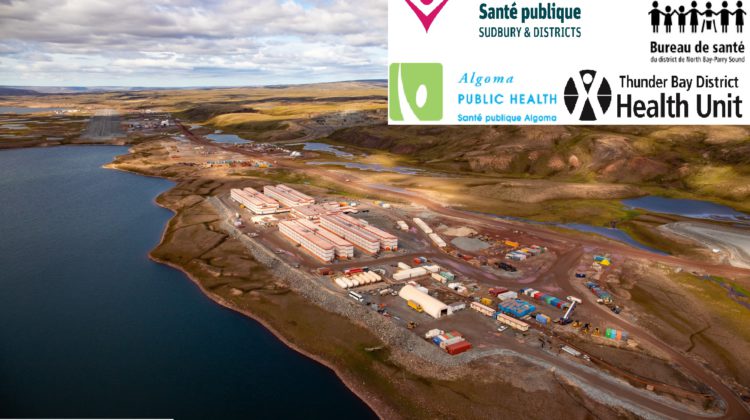 Four Northern Ontario Public Health Units are advising anyone coming back from the Mary River Mine in Nunavut to immediately self-isolate as they are at risk of COVID-19 exposure.

“Even if you received a negative test result prior to departure, and are not experiencing any symptoms, you are to immediately self-isolate and call the Health Unit at 1-844-478-1400,” it states. “In addition to self-isolating, returning individuals who do have symptoms or have previously had symptoms consistent with COVID-19 at any time since April 15th, should immediately seek testing and advise all household members to self-isolate.”

Earlier in May, Nunavut health officials declared an outbreak at the Mary River Mine, about 176 kilometres southwest of Pond Inlet.

Shortly after on May 5th, Baffinland Iron Mines which owns the site, suspended operations and demobilized all non-essential workers from Mary River until “such time as control has been regained over the spread of COVID-19.”

To date, the local health unit said its aware of several cases and high-risk contacts in the North Bay Parry Sound district associated with the outbreak.