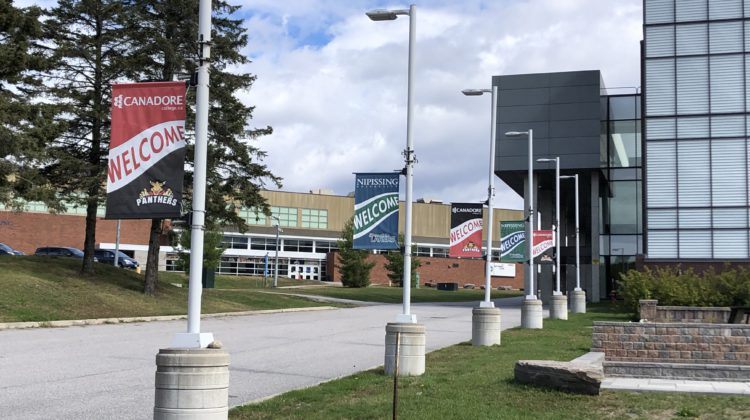 It’s been a tough week for students in the collaborative nursing program at Canadore College and Nipissing University.

It began Monday when some 200 nursing students checked their marks for their clinical course work to discover most had received either “unsatisfactory” or “in-progress” grades.

Ally Harrison, President of the Nipissing University Nursing Society (NUNS), says the grades came as a surprise to the first, second and third-year nursing students.

“Students were quite shocked, they thought it was a mistake,” Harrison explained.

As per the program’s policy, students who are at risk of not passing their clinical work are supposed to come up with an academic plan with their clinical lead in the middle of the semester. Harrison says no such correspondence happened for anyone.

“These students were fully under the impression that they were passing this class because they hadn’t been informed of anything else,” she said.

The problem, Harrison believes, was on Canadore College’s end as the nursing faculty, which oversees the clinical work, did not deem the virtual work students were doing as sufficient to pass the course.

The students had to do virtual clinical work to avoid overwhelming hospitals with extra bodies during the COVID-19 pandemic. Other Ontario nursing programs have deemed the virtual work as sufficient, along with the Canadian Association of Schools of Nursing.

Harrison says the virtual work students did, which included 12 hour-days of case studies, won’t affect their ability as workers as they are still at least a year away from graduation.

“As much as the hands-on is great, these nurses aren’t going to be working as nurses in a week or a month. They still have a minimum of a year,” she said.“Lots of schools really took this as: ‘we’re protecting our nurses and healthcare workers on the frontlines by only having those who need to be there’.”

When the news broke earlier in the week, the Nipissing University Student Union (NUSU) made a formal academic appeal requesting Canadore and Nipissing to overturn the grades of the students affected. NUSU also demanded the schools provide an apology and explanation for the incident, and to “publicly stand against unprofessional, and uncollegial commentary about their collaborative partners to students.”

Canadore and Nipissing released a joint statement Wednesday responding to NUSU’s demands, overturning the grades of the students affected.

“Rest assured that both institutions are aligned in identifying a way forward that will ensure all students have the opportunity to acquire the necessary skills and competencies for the successful completion of their program,” the statement reads.

Harrison says the statement from the schools only addresses one of five calls to action NUSU demanded.

“The students are still waiting for an explanation or an apology,” she said. “There’s a really big concern amongst students in trusting these faculties and building back that relationship.”