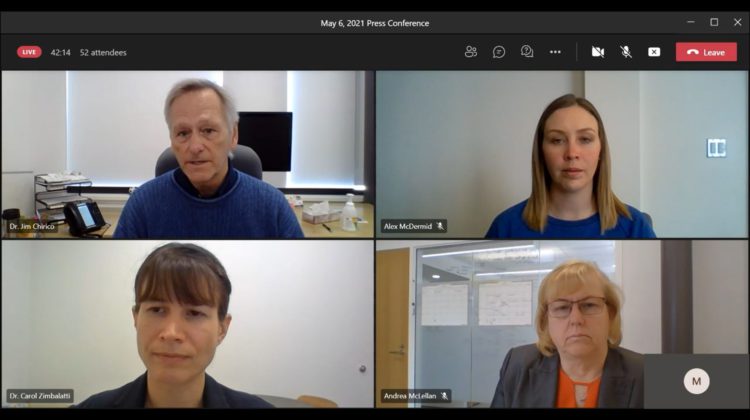 The North Bay Parry Sound District Health Unit is reporting some cases of COVID-19 in people who have received their first dose of a vaccine.

Dr. Carol Zimbalatti, Public Health Physician for the Health Unit, says the “very low” number of cases in vaccinated people shows why it’s important to continue following public health guidelines after you get your shot.

“The immunity provided by the vaccine is not 100 percent, especially just the first dose,” she said during Thursday’s media conference.

However, Dr. Zimbalatti warns that these numbers do not reflect the true reality of COVID-19 in the region.

“There are likely other cases in our communities that haven’t been testing,” she said, adding testing has been “lower than usual” since March.

Dr. Zimbalatti urges the public to continue self-monitoring for symptoms and to seek testing if any arise.

Most new cases, Dr. Zimbalatti says, are the B.1.1.7 variant originating in the United Kingdom. Beginning Thursday, the Health Unit will change the way in which it reports variants of concern. Falling in line with provincial protocols, cases that test positive for the N501Y mutation, which is specific to the B.1.1.7 variant, but tests negative for the E484K mutation found in variants B.1.351 (South Africa) and B.1.1.248 (Brazil), will be considered a B.1.1.7 case. Before this, two-step testing for both mutations was needed before determining the exact strain.

As a result, most cases that are listed as a “preliminary” positive result for a variant will be classified as the B.1.1.7 strain as it is the most common one in Ontario.

“They have essentially taken over and the highest percentage of cases we do see that are positive are because of variants,” confirmed Dr. Jim Chirico, Medical Officer of Health.