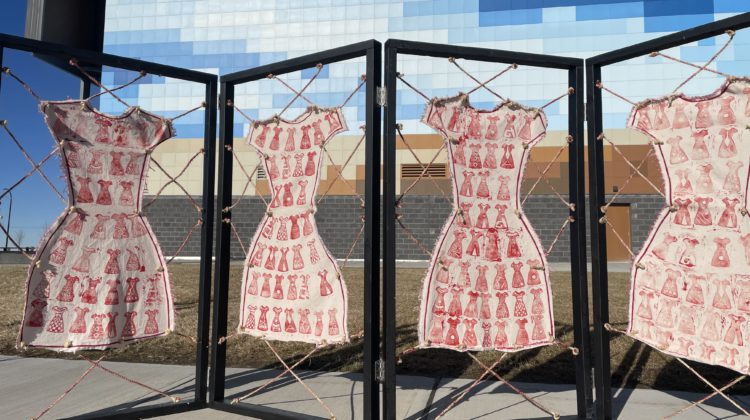 Scott McLeod, Chief of Nipissing First Nation, believes children across the country should learn about the reasons behind Red Dress Day in school.

“I think this really has to come at a very fundamental stage in every Canadian’s learning and should be incorporated in school curriculum to change things. Education is the key to understanding the reasons behind it and how change can occur,” McLeod said. 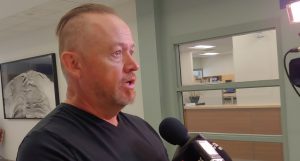 May 5 is annually recognized as Red Dress Day to raise awareness for missing and murdered Indigenous women in Canada. It was inspired by Metis artist Jaime Black’s ongoing art display where red dresses are hung outdoors to symbolize the Indigenous women who disproportionately go missing or are found dead.

McLeod says in the past 30 years, there have been about thousands of reported missing or murdered Indigenous women. The Native Women’s Association states Indigenous women are three times more likely to be killed by a stranger than non-Indigenous women, with homicide investigations 30 percent less likely to be solved than the national rate.

“If this was non-Indigenous women that were disappearing at a rate that quickly, what would be the action that would be done in that case? I think if you really let that settle in, you can understand what the issue is,” he said.

One change McLeod would like to see in the conversation around murdered and missing Indigenous women is who leads it.

“I think the issue has always been in this country that governments and the citizens put the responsibility of reconciliation and things on the backs of the victims,” McLeod said. “Governments have to make an effort to change the colonial systems that cause this in the first place.”

“Young males don’t have to worry about getting their drink spiked when they go to bars or walking home at night alone. Those are all male privileges that we take for granted,” he explained. “[Women] always have to be aware of their surroundings and the dangers of just being a woman in any society today, then you multiply that by ten times for an Indigenous woman.”

With information at people’s fingertips, McLeod is hoping everyone can take the time on Red Dress Day to do research on the issue.

“It’s always a good time to learn more about the country you live in; however, for some, that’s too much work,” he said. “That’s unfortunate because change will not occur until we face the truth, we reconcile and we move forward together.”