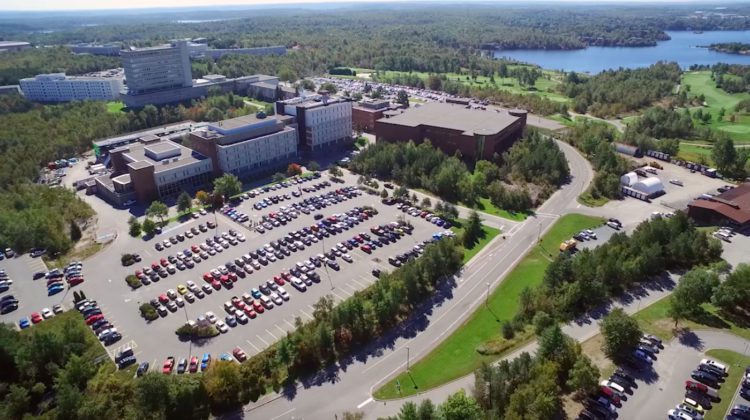 Laurentian University is laying off over 80 faculty members, numerous staff, and cutting 69 programs.

The university handed out the pink slips yesterday and it did not take long for reaction from various labour and education forums.

The Ontario Federation of Labour and Ontario Confederation of University Faculty Associations are calling for the provincial government to step in and demanding the resignation of Minister of Colleges and Universities Ross Romano.

The move came about as part of the insolvency process with the university putting in place a restructuring plan as past of that process.

Today, members are voting to ratify the new contract after the university senate voted on the restructuring package.

The insolvency process stipulates that the protection period ends at the end of April with the confidential details being released to the public.

On February 1st, the university announced it had filed for creditors’ protection, saying it would be unable to meet its payroll by the end of the month after its lines of credit were suspended.

For more information, visit our websites.

“If Ross Romano had done his job, none of these cuts would have occurred,” said Rahul Sapra, President of the Ontario Confederation of University Faculty Associations. “Romano and the Ford government knew about the depths of Laurentian’s financial difficulties for months, if not years. They had numerous opportunities to take action to avert this crisis. Instead, they chose to do nothing and betrayed the trust of Ontarians.”

Sapra adds the Ontario government needs to immediately invest in Laurentian University to avoid job losses, reverse these harmful cuts, support students and the Greater Sudbury community, and reassure public universities across Ontario that the government is committed to their success.

Patty Coates, Ontario Federation of Labour President says, “This crisis was avoidable, and it is well past time for Ford and Romano to step up and provide the funding that Laurentian needs to save jobs, support learning, and fund research.”

She adds the crisis at Laurentian is merely a symptom of the much larger problem of chronic underfunding of Ontario’s post-secondary education system.
“Years of diminishing funding for colleges and universities paired with the Ford government’s refusal to provide any short-term funding relief has resulted in Laurentian University’s use of the CCAA process – a process reserved for private institutions, until now.”

Last week, the Laurentian University Academic Senate voted in favour of a series of program closures that have had historically low enrolment.  This will allow the University to restructure its operations, enabling a financially sustainable future.

According to the Senate, as a result, Laurentian’s academic offerings will now be better tailored to the programs that most of our students gravitate towards. The university can also further align its financial resources to ensure that all of its remaining programs are fully supported.

Six senators had been elected to the Senate Mediation Committee on February 9th for the purpose of actively participating in the court-supervised mediation to review and make recommendations as to Laurentian’s proposed changes to academic program offerings.
At a special in-camera session of the Academic Senate last week, the Senate Mediation Committee provided their peers with the result of their review on programs to be closed.  The recommendations of Laurentian and the Committee were approved by Senate.

At a high level, the changes to the academic offerings package includes the following :

58 undergraduate programs to be closed and 107 to remain open

11 graduate programs to be closed and 33 to remain open

For most students, particularly if they are close to completion, this will mean they will be able to complete their degree making use of all or parts of the modules in terminated programs, either through course substitutions at Laurentian or through letters of permission.  No new students will be admitted to these programs. For a small number of students, Laurentian will assist them in transitioning to a related program or another institution.

Applicants in affected programs can reach out to Liaison Services to plan their next steps at [email protected]. Options exist for all Laurentian students, and support is available to assist students navigate those academic options.