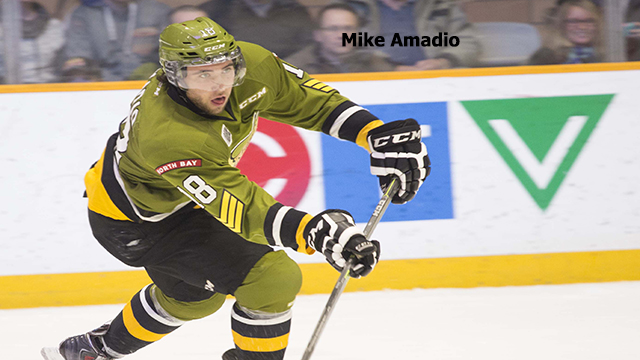 Amadio was traded to the Ottawa Senators from the Los Angeles Kings Monday in exchange for Christian Wolanin.

Amadio will join Nick Paul, another Battalion alumni, who has three goals and nine assists in 36 games this season.

Amadio was part of the core group that came to North Bay from Brampton in 2013. The Sault Ste. Marie-native played at just under a point-per-game pace with 226 points (92g, 134a) in 263 games across four OHL seasons, three of which were in North Bay.

The forward was drafted in the third round of the 2014 NHL Entry Draft by the Los Angeles Kings. Amadio was named captain of the Battalion the following year for his final season of junior eligibility.

After a full season with the AHL’s Ontario Reign, where he tallied 41 points in 68 games, Amadio split the 2017-18 year between the minor league and the NHL, suiting up for 37 games. He scored four goals and four assists in those games.

Amadio again split time between the two clubs in 2018-19 before playing with the Kings full-time the next season.

In 20 games with Los Angeles this season, Amadio has registered two assists in 20 games before the trade to Ottawa.