Projections indicate Ontario could see up to 6,000 cases reported daily by April assuming medium spread occurs. In the best-case scenario, that figure drops to less than 2,000 a day.

Dr. Williams says controlling the continued spread of variants is directly related to avoiding a possible third wave this summer.

As of this week, 25 long-term care homes have outbreaks involving residents, almost half of which are in York, Toronto and Peel.

Williams says people postponing doctor’s appointments and missing critical screening for things like cancer is on the rise, which means there will be a surge in need for other medical care and surgeries for a long period of time.

He says a cumulative total of over 227,000 surgical cases were backlogged province-wide by the end of last month. 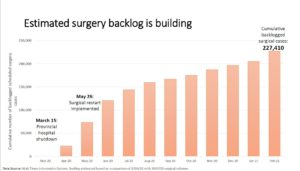 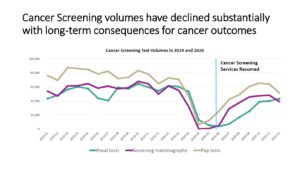