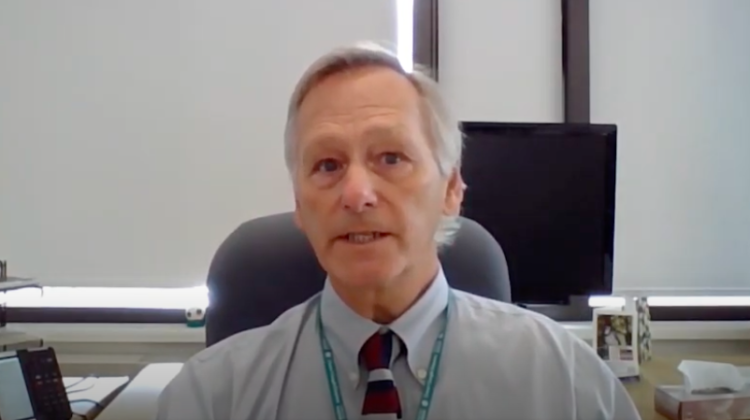 The North Bay Parry Sound District Health Unit will likely remain in the red-control zone of the province’s COVID-19 framework.

Dr. Jim Chirico, medical officer of health, confirmed the news during a media conference Thursday morning, saying he does not anticipate the region moving up in the province’s framework for at least another week.

“We really aren’t an island. We can’t make decisions simply based on what’s going on within our boundaries,” he said.  “We know, with human nature being what it is, people will go to an area with less restrictions.”

The health unit was moved into the red-control zone beginning this week after over two months of lockdown.

“The VOC’s are very serious. It’s a gamechanger. And we need to pay particular attention to them,”  he continued.

Dr. Chirico added that the Simcoe-Muskoka and Public Health Sudbury and Districts, both of which border North Bay-Parry Sound, have seen increases in variant cases over the past week.

“Some of the most recent data is showing that in a week’s time…we found that the increase in VOCs went from 19 percent to 31 percent,” he said. “We certainly anticipate staying where we are for at least the next week.”

Sudbury and District will be moving into the grey-lockdown zone, with the region seeing 211 active cases of the virus as of Thursday morning.

Simcoe-Muskoka public health is reporting 357 active cases of the virus, with 142 of them being a variant of concern.