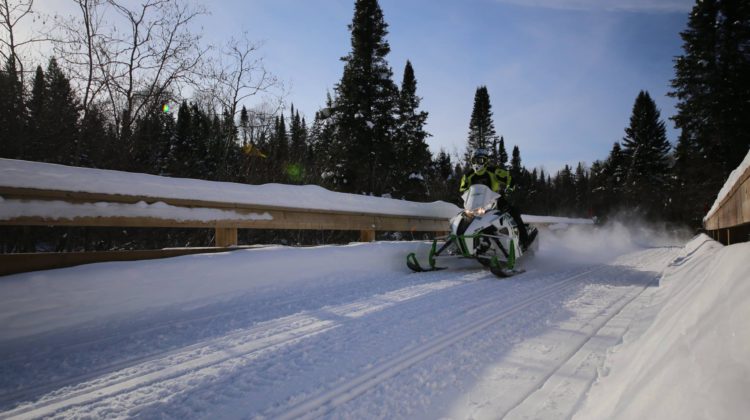 With spring approaching, local snowmobilers are trying to salvage what’s left of the winter season.

“It was a fantastic weekend on the trails and everybody is really excited to be out there,” he said. “Lots of locals have been just making up for lost time. It’s really been a great week to get back on the sled trails.”

That was after trails were closed for over a month, with Dr. Jim Chirico, medical officer of health, doing so in an effort to limit out-of-region travellers.

During the closure, Flindall says a group of snowmobilers were “lobbying” Dr. Chirico trying to push for the reopening of trails.

“It’s hard to say whether your lobbying efforts have an impact,” Flindall noted. “I know a lot of people behind the scenes put in a lot of work to make this happen.”

Following a weekend that saw perhaps the early signs of spring, Flindall says the snowmobile community is hoping for another few weeks of riding.

“March is a pretty precarious time for warm weather and ice breakups so we certainly always want to keep safety in mind,” he said. “Fingers, toes and eyes crossed that we can make a push towards the end of March.”

“We’re an odd gang. Our snowmobile community always prays for an early winter and a long winter,” Flindall continued.

Despite that, the extended closure gave the snowmobile club more time to groom the trails, with Flindall saying it’s “some of the best riding conditions we have had in a long time.”

With favourable weather conditions in the coming days, Flindall is hoping the trails get lots of use before the elements change again.