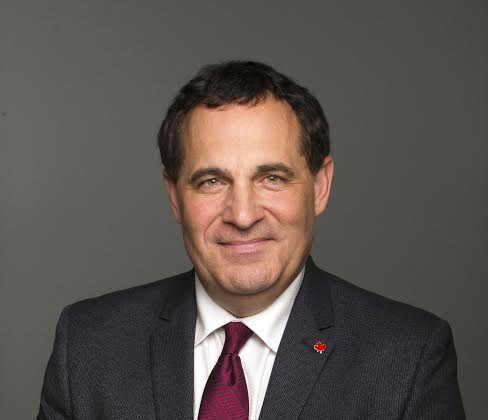 Municipalities that want to get on board the new up-coming broadband service should do so as soon as possible.

That from Maryam Monsef, Minister of Rural Economic Development, who was part of a Zoom conference last week speaking on the Government of Canada’s $1.75 billion investment (Universal Broadband Fund) to connect Canadians to high-speed internet across the country.

Monsef said that the competition for the service is expected to be intense.

The funding also includes $150 million in Rapid Response Stream with an accelerated application process to allow shovel-ready projects to get started right away.

Monsef said that municipalities who apply to the rapid response stream and meet the pre-conditions for approval, they will know in a matter of days.

“Looking at West Nipissing for example, getting better high-speed internet is so important. Not only is it attracting small business, worker,s industry, but it also gives another reason for folks from southern Ontario to move to this beautiful municipality that has so much to offer.”

Serré says that it’s the first time the Federal Government has a plan of action with significant dollars.

“But it also provides leadership, including $150 million to provinces. This gives the private sector reason to invest. The $1.7 will potentially double or triple. The key here is for residents and businesses of West Nipissing to make sure they continue working with mayor, council, and the private sector to submit proposals to access these dollars.”

“Those are the areas of the riding that I’m focused on for this. We want the smaller telecom companies in the private sector to apply to the rapid response funding. It’s the first time ever that federal grants are going to these small, private telecom companies and that’s important.”

Serré says that since the first round of funding in 2017-18, they have invested dollars for the backbone of these projects.

“We wanted to build the fibre cables deeper into the network. For example, we put a million dollars towards fibre internet in Saint Charles. That now permits smaller companies to provide towers to get those hard, difficult to service, low population areas the access to high-speed internet.” said Serré.

The fund also sees $600 million to secure low-earth-orbit satellites through Telesat, which will bring high-speed internet to the most rural and remote parts of Canada.
Serré says that will also benefit West Nipissing and other communities across the north.

“Obviously it will help places in the North West Territories, and remote areas on the James Bay coast. But it will also benefit West Nipissing. We have beautiful lakes, trees, rocks, and if someone lives on the lake, they often don’t have access to towers or high-speed internet. With these low orbit satellites, they will now. It was an important investment for these hard to service areas.”

Serré says he sent out a press release in January of 2020 to make sure telecom companies are ready.

“It’s so important that all the mayors and councillors send out letters of support to make sure we get our First Nations hooked up, to make sure we provide partnerships needed for the private sector to apply for this national fund. If Northern Ontario doesn’t come together if we don’t show that support, the funding will be going elsewhere. We want to make sure that West Nipissing, that northern Ontario gets their fair share of the funding,” he finished.

The deadline for the Rapid Response Stream application is January 15.

The government states the Universal Broadband Fund will connect 98 percent of Canadians to high-speed internet by 2026, with the goal of connecting all Canadians by 2030.