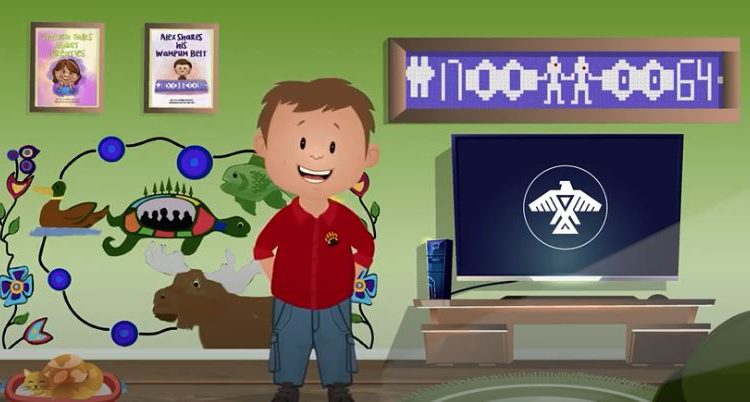 A promotional video for Anishinabek's online resources that will provide education on the importance of treaties (Photo screenshot from Anishinabek Nation, YouTube)

As a kick-off to the fifth-annual Treaty Recognition Week, Anishinabek Nation unveiled a new, online interactive platform available to all to learn about the history of treaties in Canada.

The new online content is a version of the over 4,000 educational kits on treaties available to school boards across Ontario right now. The “We are all Treaty People” kit is a resource in-line with the provincial curriculum that aims to educate people on the history and importance of Indigenous treaties.

The resource will feature virtual worlds where users can navigate, interact with and learn about the history of treaties in Canada.

Kelly Crawford, the Education Director of the Anishinabek Education System and author of We are all Treaty People, says that it’s important to educate the younger generation on the history of treaties.

“Students in this province can tell you what city they live in, but they can’t tell you what treaty ground they’re on,” Crawford said during the press conference.

According to Scott McLeod, Chief of Nipissing First Nation, education on Indigenous issues can go a long way, as was seen when people learned about the Residential School system.

“Once the public became aware of what had happened, it started to create a lot of pressure on the government to move toward reconciliation and correcting those wrongs done in the past,” McLeod explained during the Zoom call. “Indigenous issues won’t get the attention it deserves until the average person in this country understands what’s happening.”

The online resources will be available in the spring of 2021, with access open to anyone from schools, to government facilities, to parents homeschooling children.

Although there are no clear guidelines for how much should be taught from the package, Crawford points out that most of the time, teachers will be learning as much as the students.

“There’s a fear because [teachers] didn’t have this content as part of their own experience. I encourage them to learn alongside their students,” she said.