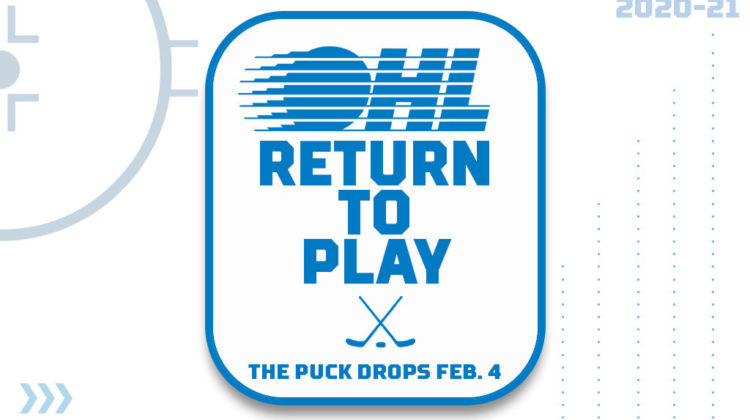 There have been changes to this year’s OHL schedule.

Following a league-wide general managers meeting on Wednesday, the league has elected to push back the start date of the 2020-21 season.

The original plan was to have training camps begin on November 15 with the regular season beginning on December 1.

The league has now chosen to push the start of training camp to January 23, with the season beginning on February 4.

“The league has done a good job at being a leader throughout this difficult time and I think we’ve been informed very well,” said North Bay Battalion GM, Adam Dennis on the schedule change.

In addition to the date changes, the league announced that it will play a 40-game regular season, with only eight teams making the playoffs, instead of eight from each conference.

“Knowing what it’s going to be, we can start training for it,” Dennis commented on the new playoff format. “What becomes really important is having a shorter training camp and then a shorter schedule, the start to our year is going to be crucial.”

During the regular season, teams will be playing against others in their close geographic area. In the case of the Battalion, it would likely mean numerous matchups against the Sudbury Wolves, Soo Greyhounds and Barrie Colts. Dennis says that he’s not getting caught up in the dynamics of the schedule.

“I would say that we’re at the point that beggars can’t be choosers,” he said. “We’re excited to play whoever.”

The league says that it is still working on addressing cross-border travel for the three American franchises (Flint, Saginaw, Erie).

Dennis confirmed that international players can be brought in on January 8 following federal government protocols on quarantining. The Battalion will have to bring in Matvei Guskov, Matvei Petrov from Russia and Avery Winslow from the United States.

Last season, the Battalion finished four points back of the final Eastern Conference playoff spot before the pandemic cancelled the remainder of the year.

Under the new schedule, OHL playoffs will begin on May 11 with the Memorial Cup scheduled for June 17 in either Sault Ste. Marie or Oshawa.