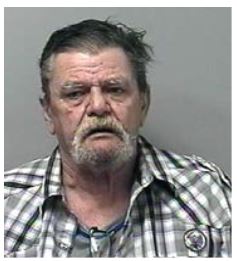 The Near North Crime Stoppers and the OPP are asking for the public’s help in finding a wanted man.

Donald Driver last lived in Sturgeon Falls. He is in his early 70s, and is about 5’8″ with grey and brown hair.

Anyone with information regarding his whereabouts is asked to call crime stoppers.