North Bay Pride hopes to reach beyond the city 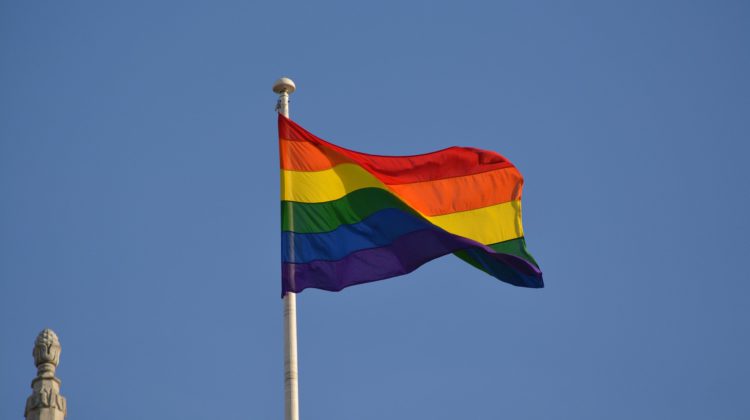 North Bay Pride has high hopes for its virtual programming this weekend.

Jason Maclennan, Communications Coordinator for North Bay Pride says that eyes from across the country will be on the virtual event.

“Not only are we reaching in North Bay, we’re reaching across Canada at this point because it’s virtual,” he explained.

North Bay Pride will feature headliners Bif Naked, Logan Staats and Colin Mochrie in addition to numerous other local musicians, comedians and performers which will all be featured over Pride’s Facebook page from September 18 to 20.

Pride was originally supposed to be held in July, with the pandemic pushing it until September. Maclennan says it’s been a busy summer of preparations for the event.

“It’ll be really nice to sleep,” he laughed. “We were really unsure of how this year would go. The technical side to this is so complicated. You have to have film crews, you have to have production, you need internet that works really well – there are just so many aspects.”

Pride has been getting attention from politicians, with Premier Doug Ford sending a message of support, in addition to Andrea Horwath, Leader of the Opposition, and federal NDP Leader Jagmeet Singh.

Maclennan says that North Bay Pride’s approach to adjusting to the pandemic has been unique from other cities’.

“North Bay Pride has done something completely different from everything else. We don’t just have a drag performer and virtual parade, we’ve actually put together artists and have headliners. You’ll find that most Prides didn’t do that this year,” he noted.

Maclennan hopes that the festivities will play a larger role than a few hours of entertainment.

“Communities need something, they need some type of normalcy. Everybody’s getting isolation fatigue, we’re going through mental health issues – especially around 2SLGBTQ+ that aren’t getting regular help from their supports,” he said.

A study from Egale – an advocacy group for the 2SLGBTQ+ community created in 1986 – revealed that 2SLGBTQ+ households are 13 percent more likely to feel uncertain about their finances due to COVID-19 than those who don’t identify with the community.

Maclennan says that Pride is also more than just a celebration of the progressive steps the 2SLGBTQ+ community has taken over the years.

“We have to remember that Pride is a protest no matter how we do that. It’s very grassroots, it’s very much about people and equality and making sure that we’re all standing up when we need to.” Maclennan said.

North Bay Virtual Pride will kick off at 8 pm on September 18 on its Facebook page, with events being held on the 19th at 8 pm, and the 20th at 4 pm.