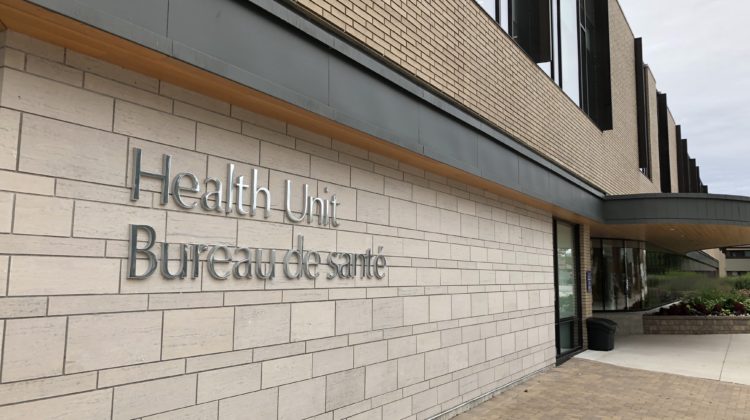 There has not been a case since July 4.

In total, the North Bay Parry Sound District Health Unit (Health Unit)  has seen 37 cases resulting in one death with the remainder being resolved. There were also four outbreaks in long term care (LTC) facilities.

Dr. Jim Chirico, Medical Officer of Health for the Health Unit, says that the low number of cases is due in part to lower numbers of another statistic.

“I think it’s really a combination of a number of factors. Our population density is really lower than other parts of the province that are experiencing higher COVID-19 numbers,” Dr. Chirico said.

The Health Unit’s geographical area has a population density of seven people per square kilometer, which is half the rate of the provincial average of 14.

Chirico also points out around 43 percent of the population lives in rural areas with fewer people. North Bay as a city centre has a population density of around 81 persons per square kilometre.

Sudbury, a city which has roughly 35,000 more people in it than North Bay, has fewer persons per square kilometer (47), but its health unit (Public Health Sudbury and Districts) has recorded 94 total cases.

Chirico says that the Health Unit’s region has been doing a good job of adjusting to the new health protocols.

“Our communities did a great job of following the public health advice from the beginning of the pandemic,” he said. “I think there was great collaboration among the primary healthcare providers – Ontario Health, Public Health – to really ensure that the acute care and public health systems were prepared and had the capacity to meet the demands.”

He adds that the Health Unit has made a point of being able to provide positive test results within 24 hours, and mitigating the four LTC home outbreaks has also shown the good work done by the community.

The top medical officers from the province, country, and world have been warning the public of a potential second wave of COVID-19 that will mirror the first initial spike in spring.

Dr. Chirico says that he and the Health Unit are well aware of the risk a second wave may bring, but it’s a changing situation.

“We will see a resurgence in cases and there likely will be a second wave but it’s really difficult to know. We’re starting to see increasing cases in Ontario over this last week. This may be the start, we don’t know,” he said.

Ontario saw over 200 new cases of COVID-19 after the Labour Day weekend, weeks after recording consecutive days of under 100 new cases.

If the situation arises where the rest of the province sees a second wave but the Health Unit’s region does not, Dr. Chirico says that the provincial government will be the driving force in health decisions.

“I think that as this unfolds there definitely will be direction at the provincial level. It’s very important to have those emergency powers when needed and used appropriately,” he said. “Even if we have a low number of cases, we can’t become complacent. We can always have more restrictions put in place, but we probably shouldn’t have less restrictions than the rest of the province.”