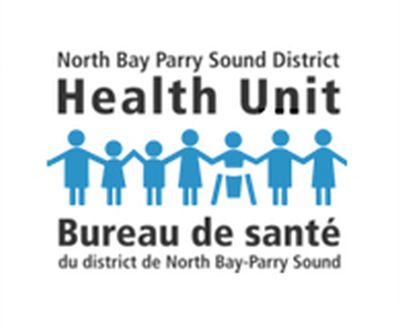 (Photo supplied by the Health Unit)

Between May 2019 and May 2020, 268 overdoses were reported in the North Bay Parry Sound District Health Unit’s (Health Unit) region through its new online reporting system.

Katharine O’Connell, Community Health Promoter with the Health Unit, says that the system allows the Health Unit to know about more overdoses than ever before.

“Previous to the system, there wasn’t a way for community partners to report overdoses unless it was to the EMS or police. A lot of the community partners are supporting people who are using substances so a lot of times, overdoses happen and we didn’t even know that they were happening,” O’Connell said.

The reporting system, O’Connell adds, also solves the issue of waiting for figures from the Ontario Coroner’s Office, which takes six months to be released.

“It gives us more timely data to do health promotion work. If we’re seeing multiple overdoses happening from a specific substance in a short period of time we’re able to act more timely and put measures in place to prevent more overdoses,” O’Connell said, adding that the Health Unit is still working with partners to try and optimize the reporting system the best they can.

The online reports come with the overall statistics on overdoses in the region in 2019. A release from the Health Unit states that overdose-related emergency room visits rose from 99 to 138 from 2018 to 2019. Four more people died from an overdose over the same time.

O’Connell says that the pandemic has brought new challenges that could prove to be dangerous for drug-users.

“With borders being closed, there’s a drug shortage. Some drugs are being cut with other things to make the supply last. If someone is using a batch from one person and then they go to use drugs from someone else, they might think they’re taking the same amount but the potency could be different,” she explains.

Another statistic included in the Health Unit’s release was that over three-quarters of overdose reports required 911 to be called. O’Connell says that the statistic is telling in how people are handling overdoses when they happen.

“If we look at the reverse of that, 24 percent of the time, people are not calling 911. So that’s really important because we want people to be calling 911. We want them to get that medical assistance that they need when they are overdosing. We want them to be getting that follow-up care they may need,” she explained.

The Good Samaritan Drug Overdose Act, which was implemented by the federal government in 2017, provides some legal protections to people who report a drug overdose.

Part of the Health Unit’s goal during Overdose Awareness Week is to provide information on acts such as the Good Samaritan Drug Overdose Act, in order to promote harm reduction.

Another part of Awareness Day is addressing the stigma associated with overdoses. O’Connell thinks that there is progress being made on both fronts.

“Just in chatting with community partners, it feels like this topic is getting more awareness and people are more aware of what the issues are. Moving forward I think we’ll definitely see some more changes,” she said.