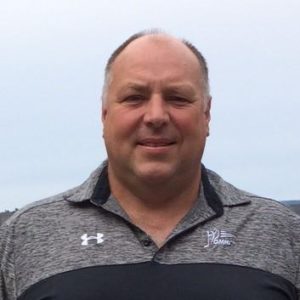 Rob Hammond, President of the Near North Elementary Teachers Local Union disagrees with Premier Ford's notion that now is the time for teachers unions to be flexible on the return to school negotiations. (Photo supplied by Near North Teachers Local website)

Local teachers unions are saying that there is no room for flexibility in talks with the province regarding Ontario’s return to school plan.

Rob Hammond, President of the Near North Elementary Teachers Union, doesn’t agree with Premier Doug Ford’s statement saying that now is the time for teachers unions to be flexible.“I think that Ford’s making statements just to cover up his government’s own incompetence on the reopening plan that they don’t actually have in place,” Hammond said.

Hammond says that the Ontario government’s reopening plan has been flawed since its announcement on July 30.

The union president says that there is a battle forming between the government and education groups across the province.

“The school board associations, the principals’ associations, and the teacher’s affiliates are all opposed to the government’s plan because they really don’t know what they’re doing. Now, they’re looking for a scapegoat,” Hammond said.

The Near North District School Board has unveiled its reopening plan, following the provincial guidelines requiring masks for grades 4-12, limited interactions between classes, and increased sanitization efforts.
Hammond fears that the measures cannot adequately protect students.

“When you look at social distancing, the liquor store has better parameters than a classroom does. You look at other government facilities where they have plexiglass barriers up around. Then our schools are saying that you can have 29 to 34 students in a classroom and everything’s fine?” he questions.

“It’s all smoke and mirrors because it’s physically impossible to get in there to inspect the air quality of schools and second, if they find something then they’re going to have to put in a work order then it’s going to take some time to find a contractor to fix the situation,” he explained.

Teachers at the Near North Board and around the province may also have to teach their students in-person and online simultaneously for students who have been opted out of in-class instruction. Hammond says that teachers are worried about this.