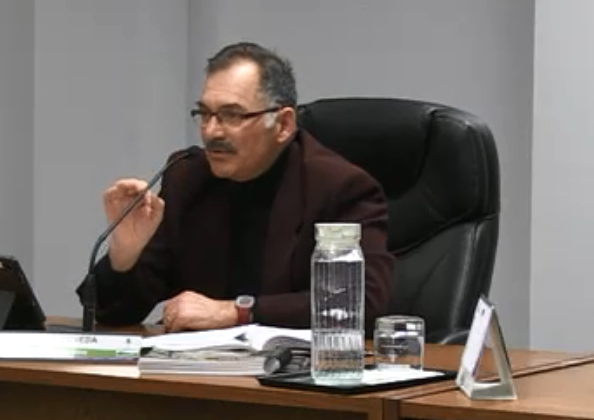 It took no time for councillors to respond to the Mayor’s recent letter.

The original letter declared that quorum had not been met which led to the cancellation of the August 11 meeting.

Councillors Chris Fisher, Roland Larabie, Leo Malette and Dan Roveda responded with a letter of their own Tuesday evening stating that “[Councillors] are not friends trying to get back to Dinner Party Season in the time of a pandemic – Rather, we are trying to manage important municipal business during a difficult period. Too much time is being spent on filing baseless complaints with the Integrity Commissioner at the taxpayer expense. Our job continues to be; to represent our constituents and to do it safely. In fact, our constituents expect us to lead on issues of safety during the pandemic.”

The letter continued stating that “Even though the Mayor put her thoughts on official letterhead of the Corporation, her statements are an opinion piece. […]The Mayor has 1 vote of 9 (currently 8, because Jeremy Seguin resigned due to a toxic and dysfunctional council environment), and it has no weight above any other vote. One of the most important functions in the position of Mayor is to represent the will and decisions of Council, whether the Mayor agrees with them or not. Clearly, this is not the case here.”

The four councillors’ letter also discussed the Mayor’s comments on how “the current meetings are not working” stating that in their view, they were not working before the pandemic either.

“Zoom conference calls are better than in-person meetings in some ways, as they give one the ability to turn the volume down when decorum gets out of hand, people shouting, talking over one another, or in long monologues etc. It helps with sanity and composure. Further, the arguments around teleconference sound quality are not new – sound broadcast issues have plagued Council long before this term of office, no matter the format.”

The councillors also say that “the democratic process has been circumvented by the Mayor, and consequently by three other Councillors, so that quorum could not be reached – because the Mayor dictated to Council, via email, the following ultimatum: ‘If we are to proceed with our meeting next week in the same way, via phone conferencing, I will abstain from such proceeding and will not be attending.   If need be I will explain to the public my reasons and the efforts done to change how our meetings are presently conducted because they are not working’”.

The letter goes on to say that three other councillors responded that they would also not be attending the meeting unless it was held in person. Which they say is a contravention of their agreed-upon Procedure By-law. It continues to state that all of council had originally agreed that the legislative change to hold meetings remotely was beneficial and that “If one wishes to change the format of Council meetings, the procedure is to submit an Agenda Item ‘Meeting Format, Return of In-Person meetings’ where all Council members have an opportunity to speak and a vote taken.”

Councillor Dan Roveda, an author on the recently submitted letter, says that “It bothered us that she used the corporation’s letterhead to send a letter out. It’s a personal opinion. The bottom line is, she cancelled the meeting because she didn’t like the mode we’d like to use to continue the meetings – using phone,” he said. “In the letter, in our rebuttal, it stipulates fact that she had threatened us and if she didn’t get her way. That she would cancel the meeting and go to the public about it. Evidently, that’s what she did. And that sparked something in the four of us. We can’t take this anymore. The point is she used the municipality’s letterhead, which looked official. It looked like it was from the Municipality. […] Enough is enough. And we wanted to say our side of the story too. We feel like she’s infringing on our liberties and basically telling us what to do. That’s not the way democracy works. For all purposes we were going to be at the meeting; she chose to cancel it because she didn’t want to do it by phone. And, she said to either do it person or zoom or not do it at all. Give me a break. That’s not a way of gathering support around the table. Leo Malette is 75 years old. He is not going in person. For zoom, I don’t know if he’s familiar with the technology. For Rolly Larabie, in River Valley, the internet connection is always a toss-up. It’s a matter of principle. We felt that we should do it by phone after being threatened. You can see that in our reply; we quoted an e-mail she sent us.”

Despite the continued fracture that has rippled through council, the Sept. 1 meeting will be an important one. It will carry both the Integrity Commissioner’s annual report, as well as the discussion to fill the vacant Ward 7 seat.