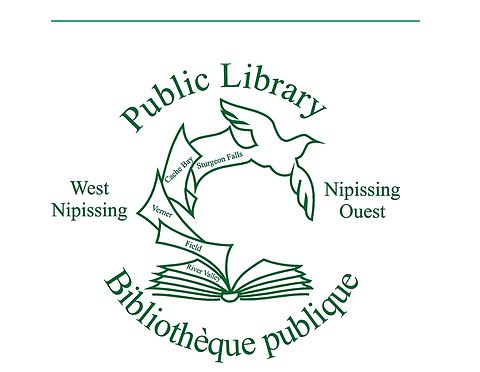 The West Nipissing Public Library is calling on the public to create its new logo.

Library CEO Emelie Keenan says that they’ve been looking at changing it for the last while.

“We’ve had the same logo for some time… and we really wanted to freshen up to go along with all the changes we’re doing in our libraries,” she said. “We really wanted to get the community involved and to try their hand at designing it.”

Some guidelines for logo submissions include:

Submissions must be at least three inches by three inches and can be sent to the library via Facebook Messenger.

Keenan says that they’re open to any kind of design.

“We just want something new, creative, and out of the box. We’ve done numerous changes here at the library since the pandemic started. And we’re happy to announce we’re opening our doors Aug. 4.  It’s going to be limited at first, but we’re excited for people to come in, look around, and see the changes we’ve been doing.”

Keenan says some of those changes include the children’s section among others.

“The library isn’t just about books anymore. We offer programing, a bunch of technology, science kits, as the years go by we have more and more to offer. We want the logo to reflect those changes as well.” She finished.

The deadline for new submissions is August 28. The artist of the winning logo will receive a $50 prepaid Visa card, with the logo being featured on the library’s letterhead, website, social media, and any other advertisements.