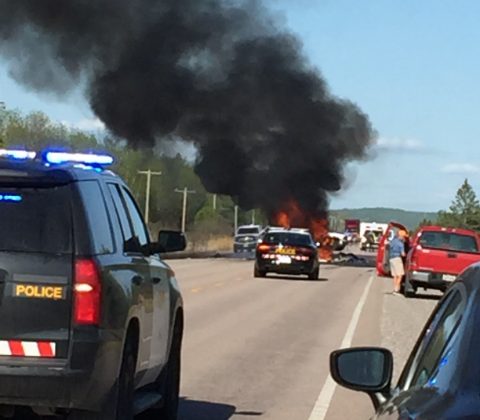 As part of the ongoing investigation of last week’s fatal collision on Highway 17, the Nipissing West OPP has announced the identity of the deceased.

Police say the deceased is Andre Cote, a 29-year-old from Hanmer. He was pronounced dead at the scene after his truck crossed the centre line and collided head-on with a transport truck heading the opposite direction.

The highway was closed for five hours after the collision.