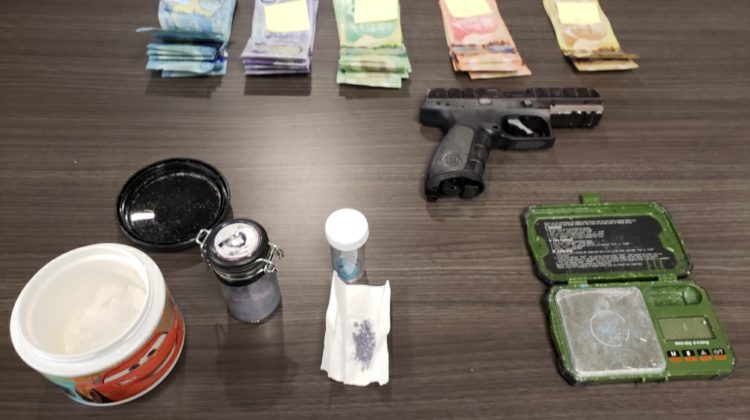 (Supplied by the Nipissing West OPP)

Nipissing West OPP is reporting the removal of $16,000 worth of drugs from the West Nipissing streets.

Police say just before 3:00 p.m. on Saturday, an officer on patrol saw two e-bikes travelling together. The officer recognized the two people driving the bikes and they were violating court-ordered release conditions.

Officials say the officer stopped the bikes on Front Street in Sturgeon Falls and arrested the pair. After the arrest, the officer found and seized a replica handgun, a quantity of drugs suspected to be Fentanyl and Crystal Methamphetamine and over $1,500 of Canadian currency.

A 27-year-old from West Nipissing has been charged with:

The accused remains in custody pending a bail hearing at the North Bay Courthouse.

A 27-year-old from North Bay was charged with Failure to Comply with Release Order – Other than to attend Court (three counts). They have been released, but have a court date in Sturgeon Falls on August 7.