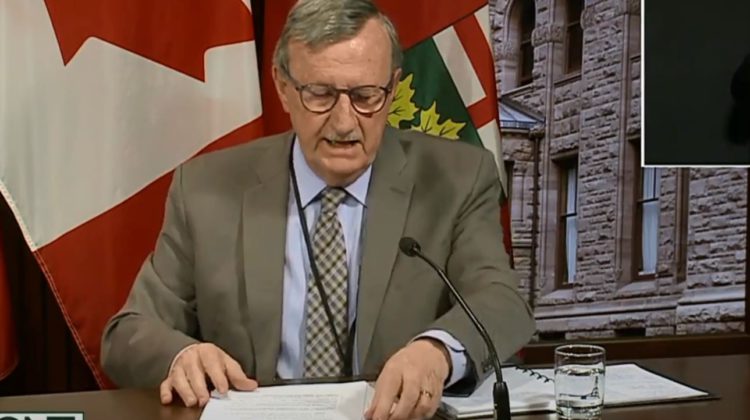 From the Government of Ontario

Ontario’s rate of new positive cases each day continues to plateau with a gradual downward slope.

The province’s Chief Medical Officer says out of Ontario’s total of 20,907 positive cases, 15,390 are now resolved. Dr. David Williams says in addition to the 74-percent recovery rate, the number of patients requiring both hospital and intensive care has gone down.