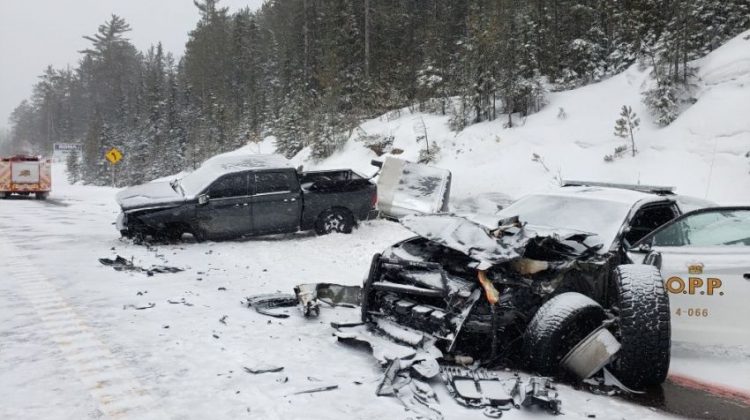 An OPP officer suffered non-life threatening injuries from this three-vehicle collision on Highway 11 near Temagami, in February. (Supplied by OPP)

An OPP police officer was transported to the hospital by ambulance to be treated for non-life threatening injuries as a result of a three-vehicle collision on Highway 11 in Temagami.

The investigation revealed that a pick-up truck towing a trailer and a transport were travelling southbound when they initially collided, then involving the northbound OPP cruiser in the crash.

The collisions occurred Thursday, shortly before 1:30 p.m. Members of the Temiskaming Detachment of the Ontario Provincial Police, the District of Nipissing Emergency Medical Services and the Marten River Fire Department, responded to the call.

The drivers of the truck and transport did not sustain any injuries. 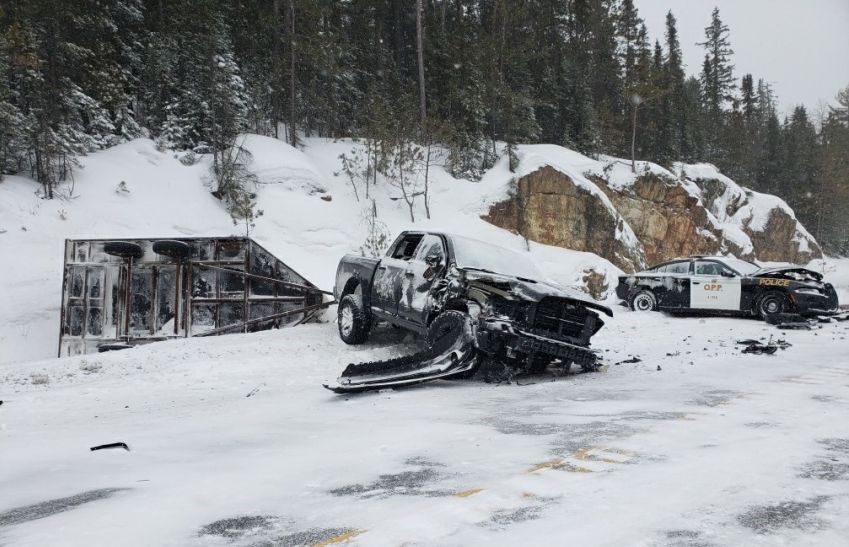 An OPP officer sustained non-life threatening injuries while the other drivers walked away unharmed. (Supplied by OPP)

The OPP says its Technical Traffic Collision Investigators were deployed to the scene and the investigation is ongoing.

Highway 11 was closed in both directions for some time due to inclement weather and was reopened early Friday morning.