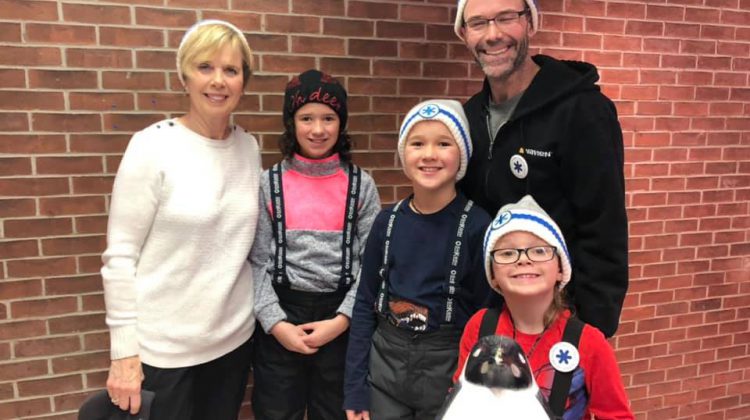 After Saturday’s walk, the Coldest Night of the Year’s fundraising total sat at $41,000.

“We are collecting pledges until the end of March,” said Dennis Chippa, the executive director of the Gathering Place said. “My guess is by the time we are done we shall hit our goal!”

“It goes to the operational costs for the Gathering Place, the Warming Centre, some of the food rescue stuff that we do and some of the other programs we do in the summer but it is also an awareness event,” he added.

Registration for the walk began at 4:00 p.m. at Algonquin Secondary School, while the walk itself took place from 5:15 p.m. to 8:00 p.m. with two, five and 10-kilometre walks for participants.