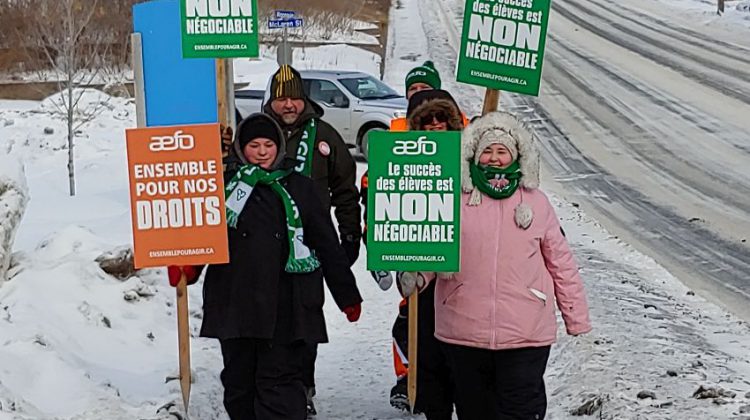 All school (elementary and secondary) in the area, and across Ontario, are closed Friday to students.

All four unions representing teachers and education workers have coordinated for a one-day withdrawal of services in the ongoing labour dispute with the provincial government. This is the first all-union, province-wide action since Mike Harris was premier in 1997.

Nipissing MPP Vic Fedeli’s office in downtown North Bay will draw most of the attention Friday from picketing educators who say they are fighting for reasonable class sizes, no mandatory e-learning and special education funding.

Fedeli said recently the escalation by the unions to “advance higher compensation, higher wages, and even more, generous benefits, is unacceptable,” and students deserve better. 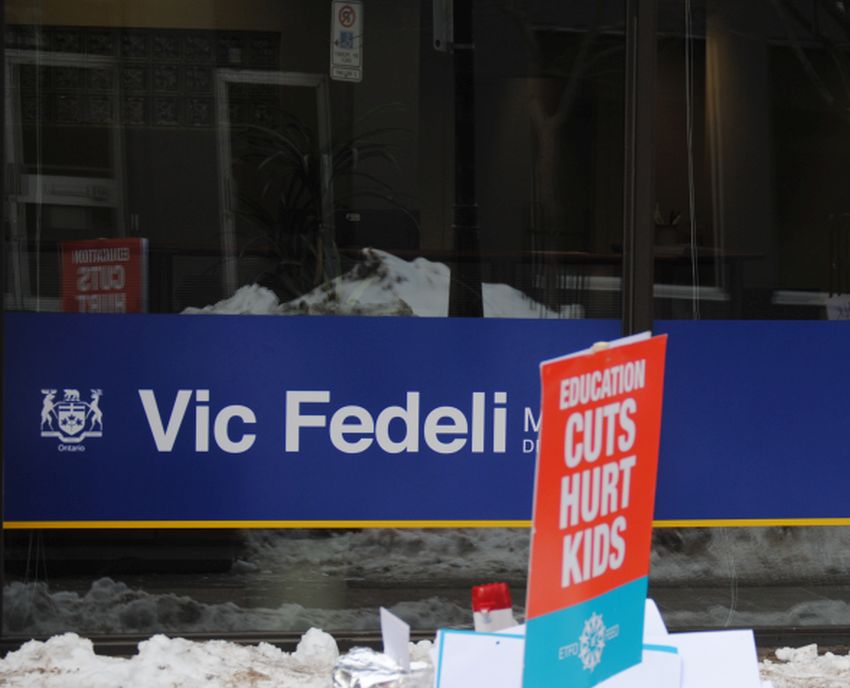 A government form letter sent to constituents outlines “major moves that have not been matched or reciprocated by the teachers’ unions” at the bargaining table. These include reducing an increase of class sizes from 28 to 25, although this is still an increase over the previous 22 (for secondary students). The form letter also states the government has “lowered the required number of online learning courses from 4 to 2,” meaning the required online courses for secondary students increased from zero to four and was clawed back to two.

“We are getting tired of the lies and misinformation from Stephen Lecce and Doug Ford and their constant attacks on educators,” said Rob Hammond, ETFO President of the Near North Teachers Local. “We are also very disappointed in our local MPP’s Vic Fedeli and Norm Miller who seem disinterested in representing their local constituents. It is time for this to end and we are calling on our local MPPs to show some leadership and protect our local schools and communities.” 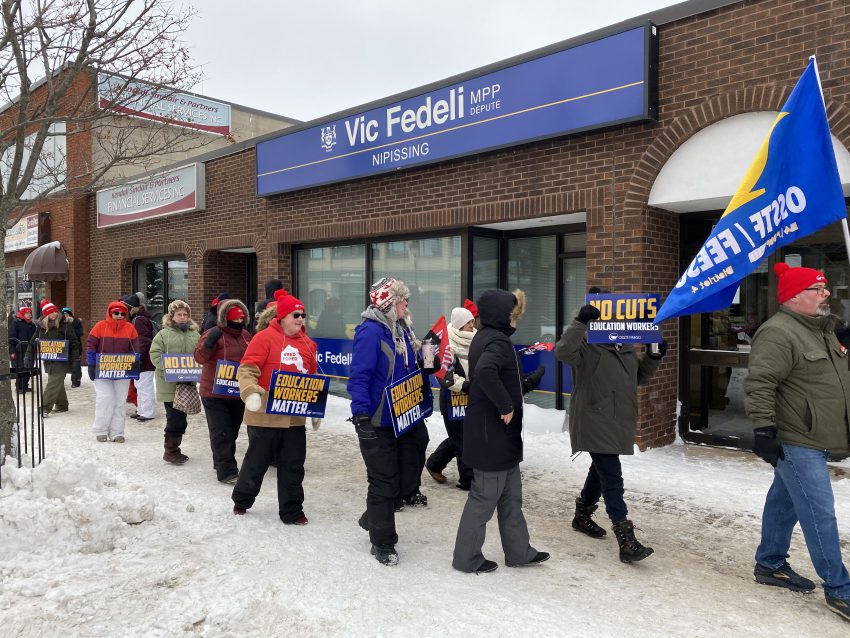 Education Minister Stephen Lecce has recently publicly set his sights on teacher seniority and hiring practices and says the government’s aim is to secure a deal that is good for students.

Meanwhile, local OSSTF District President Glen Hodgson says “despite a willingness from educators to negotiate a fair and timely deal, the Ford government has refused to engage in meaningful talks…The government’s insistence on devastating cuts will damage public education and has led to the labour strife and disruption in Ontario.”