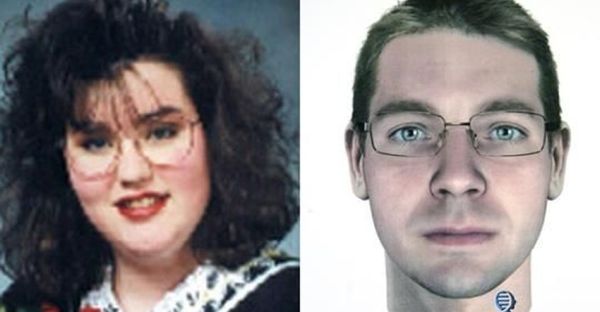 Renee Sweeney (left) and a sketch built form the phenotype report from the Sweeney case. (Supplied by GSPS/ Parabon-NanoLabs)

The trial surrounding the 1998 killing in Sudbury of university student Renee Sweeney could be moved to another city if defence attorneys have their way.

The lawyers for 40-year-old Robert Steven Wright of North Bay, on trial for the second degree murder of Sweeney, announced in Sudbury court Tuesday they are seeking a change of venue.

Switching cities is an avenue pursued by counsel when the geographical proximity of the incident or media coverage of the case potentially taints the jury pool and calls into question whether a fair trial can be heard.

Wright, arrested at his workplace at the Regional Health Centre in North Bay in December 2018, is a former Sudbury resident who attended that city’s Lockerby Composite School at the time of Sweeney’s murder.

Wright’s legal team has repeatedly stressed the importance of the “presumption of innocence,” in their client’s case, saying the trial judge should give instructions to the jury to reflect this and that the “jury should not consider a verdict until they have heard all the evidence.”

Meanwhile, the accused has also filed an application to receive financial aid for his defence. For a Rowbotham application to be granted through Legal Aid Ontario, it must meet the following standards:

The Greater Sudbury Police Service continued to investigate Sweeney’s murder for 20 years and circulated computer-generated photographs of a likeness of a possible suspect built from a genetic profile.

Investigators say Wright was identified as a person of interest and further investigation led to the gathering of forensic evidence.

Justice Alexander Kurke has not yet scheduled a hearing for the change of venue application.