Snowfall warning: Up to 20 cm in forecast 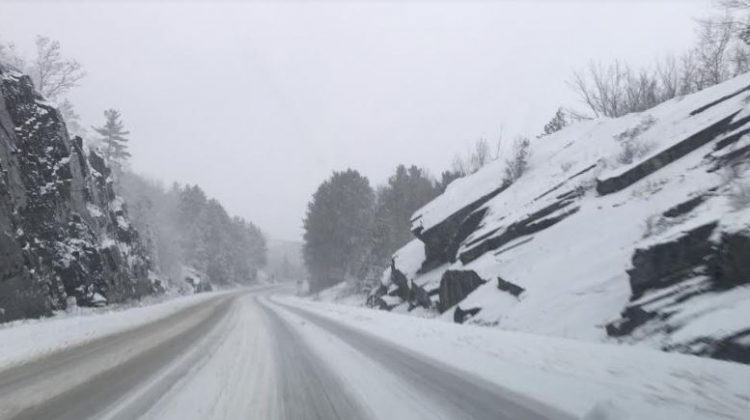 Environment Canada has issued a snowfall warning for the area. (MyWestNipissingNow.com staff)

Environment Canada has issued a snowfall warning, in effect for:

The national meteorological service reports snowfall with a total amount of 15 to 20 centimetres is expected by the time the snow moves out of the area Tuesday evening.

The expected snowstorm should begin near midnight. Driving conditions will quickly deteriorate after the snow arrives tonight. Motorists should be prepared to adjust their travel plans accordingly.

Visibility may be suddenly reduced at times in heavy snow. Surfaces such as highways, roads, walkways and parking lots may become difficult to navigate due to accumulating snow. If visibility is reduced while driving, turn on your lights and maintain a safe following distance.

A low pressure system emerging from Texas is tracking towards the Great Lakes today. This low will bring an area of snow with it, arriving near or shortly after midnight.