Volunteers in Sturgeon Falls ready for another year of beautification projects 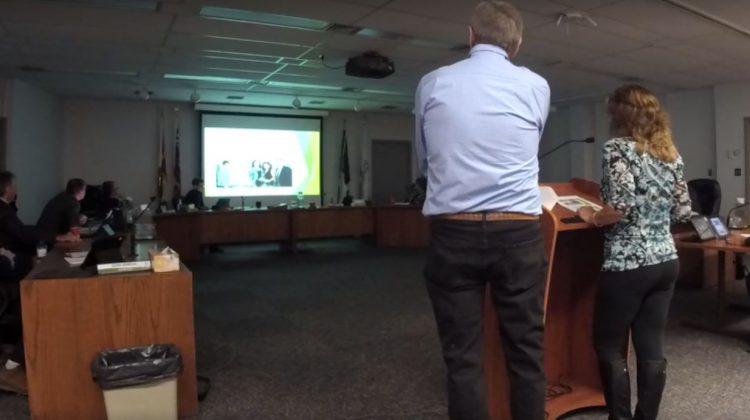 The Sturgeon Falls Beautification Committee is again asking West Nipissing council for $10,000 to keep the community clean looking this year.

Gayle Primeau and Ken Perrin made the request at council and elected officials will consider it during annual budget talks which begin this Saturday.

The dollar amount is the same as what the committee asked of council last year.

Members of council congratulated the committee for its past work.

One of those councillors was Yvon Duhaime who said the work for the committee is ongoing and it can be frustrating at times.

But Duhaime said it does great work and even got him involved with clean-up projects.

Councillor Lise Senecal told Perrin and Primeau the work the committee does “makes a big difference” and added she believes the committee will grow.

For what the committee costs council, councillor Chris Fisher said: “it’s one of the best bangs for the buck taxpayers can get for supporting your group”.

Savage offered a challenge to Primeau and the committee.

The challenge is would it considering registering as a Communities in Bloom.

Communities in Bloom is a non-profit group that encourages Canadian towns and cities to engage in beautification projects as part of a friendly competition.

Categories for participation include tidiness, landscaped areas and floral displays, much of which the committee already undertakes.

Some of the goals the committee set for itself and attained were proper disposal of cigarette butts and dog waste.

Primeau says among the objectives this year are to install a bike rack at the local Post Office and perhaps a second bike rack at a second location if there are enough funds.

Another goal is to place permanent benches at the fountain and garbage receptacles.

The committee has been in place for three years and its Facebook slogan reads Working Together to Keep Sturgeon Falls Clean, Green and Beautiful.