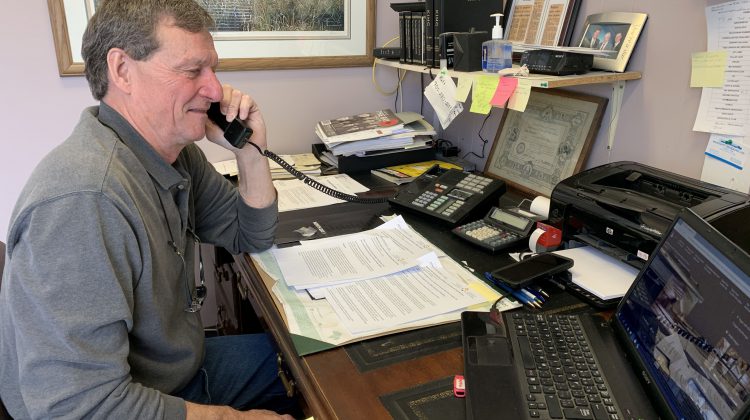 The District of Nipissing Social Services Administration Board has made its official pitch for transitional housing in North Bay.

The chair of the Nipissing DSSAB, Mark King, and other board members made the case for the facility at the Rural Ontario Municipal Association (ROMA) conference in Toronto.

King met with the parliamentary assistant to the Minister of Municipal Affairs and Housing and said what’s needed is $1.2 million from the province to build the transitional home plus annual operating costs, a dollar amount that is subject to change.

King says DSSAB is working with partners in the region including the Mayor’s Roundtable to address the homeless situation and strongly believes transitional housing is the right way to go.

King says many homeless people face addictions issues, but getting them into a setting that is more receptive to their problems is a step to perhaps help them kick the addiction.

King says there was no indication during the meeting that the province would approve the request but adds he wasn’t expecting a decision on the spot.

However, he believes the assistant was paying attention because he suggested the local DSSAB talk with its counterpart in Kenora which has a transitional housing facility.

He says Kenora was experiencing the same demand for services but in the first three months of seeing its transitional housing facility go into operation, the OPP saw their calls for service volume drop by 200 responses.

King says there’s no question in his mind “that police services in North Bay are stretched”.

“We know that happened at Christmas time when there were a lot of problems associated with call volume and whether or not they could keep up with it,” he said.

He’s confident that transitional housing in North Bay would help reduce the calls for police service and also provide help for the residents.

There’s no set number for the number of beds the facility would provide but an objective is to help as many of the homeless people as is possible.

King says the city’s two warming centres offer the homeless a place to spend winter nights but come the morning those same people are back on the streets.

He’s looking ahead to springtime when the warming centres are no longer needed and wonders what the homeless will resort to.

“Will we be forced to deal with tent cities?” King asked.

King says the DSSAB and the city won’t have to face that scenario if the province steps up and supports the transitional housing proposal.

He says Nipissing MPP Vic Fedeli is engaged in helping to find a solution.

But King also wants to see the federal government step up and become involved in finding a local solution.

That means DSSAB should not have to impose a levy on its member communities, including North Bay, to help pay for the housing.

King says there is an answer but it may require the “whole community coming together to resolve this”.