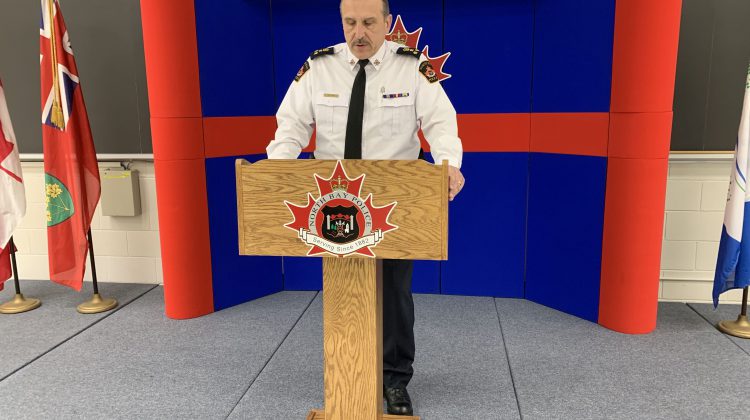 And Scott Tod encourages police officers regardless of what town or city they work in experiencing work-related trauma to talk about it and get help.

“It’s costly to (our) service but it’s necessary to ensure our members are well treated and are receiving the right treatment,” Tod said.

The Police Chief says it used to be that officers were told “to grin and bear it” when they ran into tough incidents.

“Now we know that trauma injuries to the mind and body are something that is long-lasting and certainly affects the mental health of our members and also their families,” Tod said.

“It’s said that a police officer will experience anywhere from 600 to 1,000 times more traumatic experiences in their career than individuals will in their lifetimes.   That’s a very significant amount of trauma that needs to be addressed.”

Tod says the local department has seen officers suffer from the trauma they face on the job either through cumulative stress from several incidents or one major event.

Tod acknowledges some officers won’t step forward for fear or concern of being stigmatized.

“But we encourage officers to come forward and reduce the stigma of mental illness within the workplace,” he said.

“And at the same time, they’re getting treatment and help.”

Tod says a friend of his with PTSD told him occupational stress injuries are not a sentence.

“They’re an illness that can be treated and be cured and members can return to work,” Tod said.

Tod says coming forward and getting help does work because North Bay has seen its officers return to work after experiencing PTSD as a result of work-related trauma incidents.