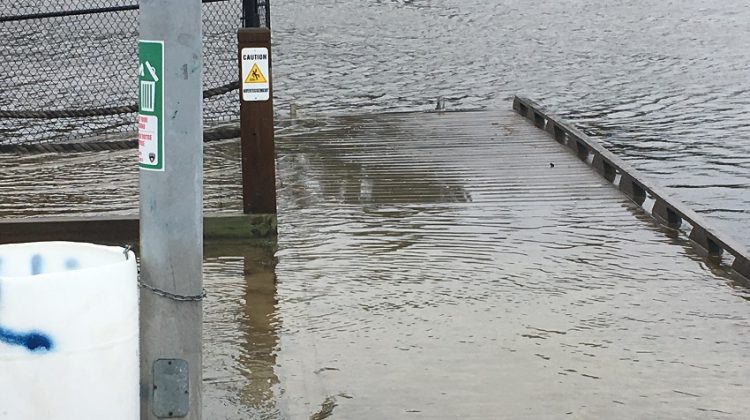 The Mayor of West Nipissing hopes her community has made progress over how the government reimburses towns and cities that declare a State of Emergency.

Mayor Joanne Savage was at the Rural Ontario Municipal Association (ROMA) conference in Toronto making the pitch for the government to re-evaluate how municipalities under a State of Emergency are reimbursed for the cost of the local emergency.

The meeting with the Ministry of Municipal Affairs is the result of the government ruling not to reimburse the municipality for last spring’s flood damage because West Nipissing’s costs did not exceed a pre-determined spending threshold.

In the case of West Nipissing, it had to spend a minimum of $490,000 to qualify for a 75 percent reimbursement under the province’s Disaster Recovery Assistance program.

Savage says the municipality spent $358,000 but adds it could easily have met the threshold but instead employed measures that saved money.

She told the parliamentary assistant at ROMA that many volunteers and businesses stepped up during the flooding to help people which kept the municipality’s spending down.

Savage says overtime was kept down and also the municipality was able to save money by not having to lodge people who were driven from their homes because of flooding in hotels.

“Had we done that, we would have met the threshold,” said the Mayor.

Savage suggested an alternative funding mechanism to the Ministry of Municipal Affairs and Housing for municipalities in Northern Ontario that don’t meet the threshold.

The recommendation calls for a 50-50 formula where the municipality absorbs half the cost of the local emergency and the government covers the other half.

Savage says if this would have been in place, West Nipissing would have received about $180,000 back from the government.

She also adds under this scenario the government also saves money.

That’s because under the existing formula Savage points out some municipalities could end up spending extra in a State of Emergency to ensure they qualify for the disaster relief and that means the government would have to cover 75 percent of their costs.

West Nipissing has discussed its issue with Timiskaming-Cochrane MPP John Vanthof who will advocate on behalf of the community.

She says West Nipissing will need to work with other surrounding communities and elected officials to ensure the current funding formula is reviewed and that the government “adopts a formula that’s conducive to Northern Ontario”.