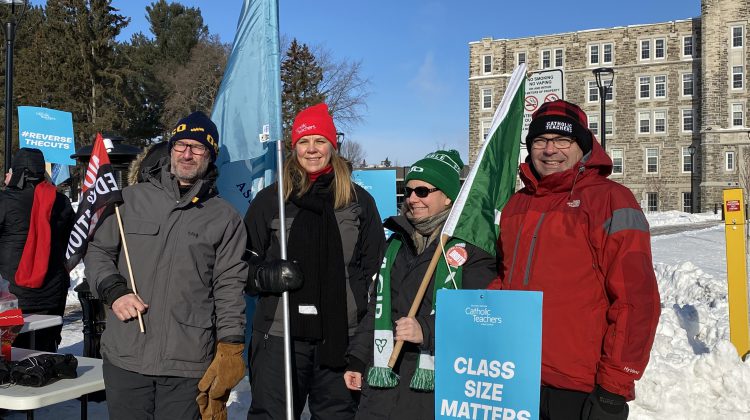 The Ford government plans to make it easier for parents to have their young children cared for in the event of a full-fledged teachers’ strike.

Nipissing MPP Vic Fedeli says if teachers withdraw their services that could force parents to make alternative care arrangements for their children.

With that in mind, the government plans to give parents up to $60 a day in the event any strikes close schools or school-based child care centres for a length of time.

The Ministry of Education has created the Support for Parents program and it includes $60 a day for children aged 0 to 6 who are not enrolled in school but attend a school-based child care centre that is forced to close because of the strike.

Parents whose children are in Junior or Senior Kindergarten will receive $40 a day and the amount drops to $25 a day if the student is in Grade 1 and up to and including Grade 7.

If the student has special needs the parent receives $40 a day for a child in JK up to and including Grade 12.

Fedeli says in the event of a strike, the government will advertise how, where and when parents can access the special government funding.

The daycare funding for parents won’t impact the provincial budget.

Fedel says on any given day, it costs $48-million to pay teachers.

He says if they withdraw their services, they won’t be paid and part of the daily $48-million will go to parents to cover care expenses.

“We’re on the side of the parents and we want to see the students in the class,” Fedeli said.

“Whenever there’s an interruption, we feel it’s incumbent on the government to provide money for daycare.”

“But there has been no movement from the teachers’ union side whatsoever,” he said.

“We hope all the groups work together and put the students first and not the pay demands first.”

Fedeli says the total combined wage demands being made by the teachers’ unions amount to $1.5 billion.