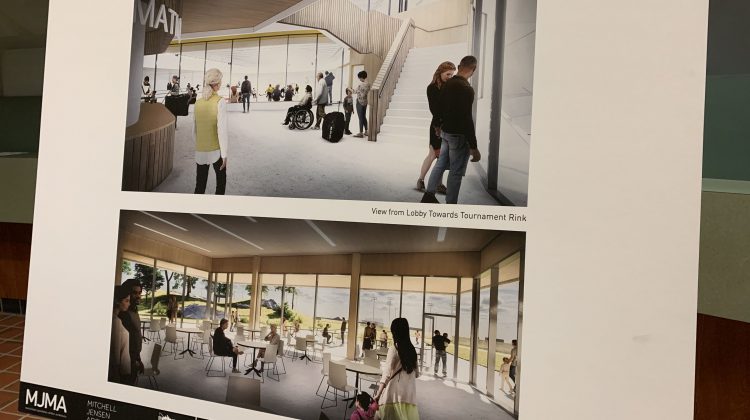 Once North Bay’s new community centre and arena opens in 2022 it will also open the city up to lots of winter-related sports tourism.

Councillor Dave Mendicino says the city got involved in sports tourism in 2012 but one area it has not been able to capitalize heavily on is winter sports tourism, specifically, where hockey is involved.

Mendicino says the community has only one NHL-sized rink and that’s at Memorial Gardens, where the OHL’s Battalions play.

He says it’s this size of an ice pad that’s needed to host hockey-related events and adds the community’s other three existing rinks are too small.

Mendicino says the shortage of NHL-sized rinks has kept North Bay out of those higher calibre hockey events.

“But with the new facility we’ll have two more regular-sized ice pads giving us three in our inventory,” he said.

“That puts us in a whole different bracket as far as attracting higher-level tournaments like Triple-A.”

Mendicino says three NHL-sized rinks allow North Bay to bid on major hockey tournaments that not only involve teams from Ontario but also teams from across Canada for national tournaments and in some cases teams from the United States.

He says the economic impact of hosting the tournaments can’t be understated.

Mendicino says when teams arrive in North Bay, they bring along families as well and everyone has to stay at hotels, eat at restaurants and gas up their vehicles.

In addition, tournament games also have downtime between matches.

Mendicino says that’s the time parents normally do some shopping at the local malls or take in other activities.

He says it’s possible that figure skating events could also be held in North Bay as well as conferences.

But he acknowledges that hockey tournaments would be the city’s main draw during the winter.