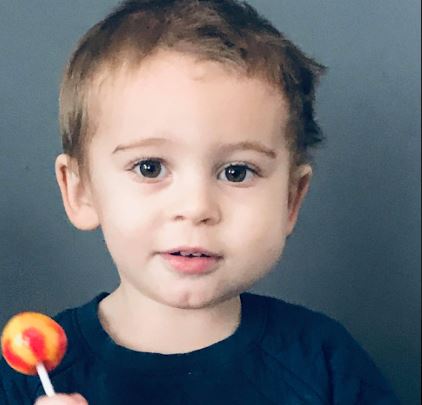 Braxxton Raymond is a two-year-old boy who needs help.

In December, when children are supposed to be dreaming of Santa delivering presents, he was diagnosed with a rare form of cancer called Langerhans Cell Histiocytosis (LCH).

His grandmother, Mioche Haryett, set up a gofundme page to help offset the costs of Braxxton and his family while he receives treatment at the Children’s Hospital of Eastern Ontario (CHEO).

“The gofundme page is to assist with travel, expenses they have and they are currently renting a hotel room every night,” Haryett explained. “They’re on a waiting list for the Ronald McDonald House, which will help.”

“They are required to stay in Ottawa for three months because Braxxton needs to have chemotherapy once a week,” Haryett continued. “When this round of chemo is done, the family will get to go home, but they will need to come back to Ottawa every three weeks for additional sessions.”

Originally thought to be a cyst after his mouth had swollen, doctors soon found a tumour instead when they tried to remove it according to Haryett. Since then, doctors have found another tumour on the bone of his skull along with another on a rib.

Due to the nature of the tumours, once chemo is done, Braxxton may require additional surgery.

“If we are able to remove the three tumours with chemo, the Doctors may need to rebuild his jaw,” Haryett explained. “With that, they will take a bone out of his leg and build it into his jaw. Right now he doesn’t have a jawbone on his bottom left side.”

While Braxxton is in Ottawa with his parents, his two siblings are at home in North Bay with family. Haryett says the hope is with enough support from the gofundme, the family will be able to reunite while the sessions are continuing.

The gofundme goal was originally set at $5,000, but Haryett said they quickly found out that wouldn’t be enough.

“I was contacted by a family that had gone through an incredibly similar experience, and the mother let me know that $5,000 would not be enough,” Haryett explained. “She told me that once they get to Ottawa, with all the extra expenses and depending on how long they need to be there, it won’t be enough.”

“Jasmine and Pierre, the parents, need to be there for the three months,” Haryett continued. “Braxxton can’t leave an hour radius of Ottawa because he will be prone to mood swings, infections, broken bones and fractures. His body will be frail once the chemo starts.”

At the time of this writing, $3,570 has been raised for Braxxton. 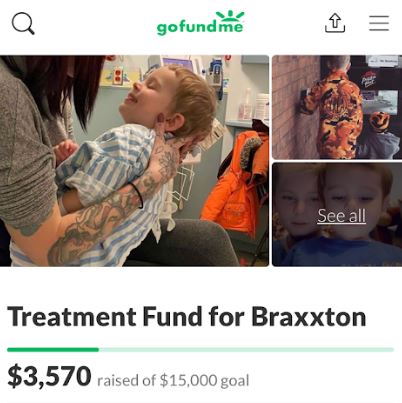 Health Unit: ‘Virus is spreading within the community’