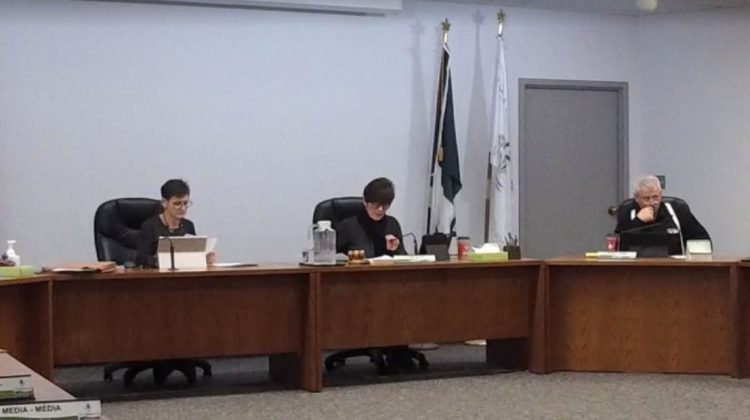 Big changes are coming to the Municipality of West Nipissing and its bilingualism by-law.

By June all municipal forms for the public will be made available in both English and French.

The municipality’s website will also be redesigned by June and will contain information in both official languages.

Other things like news releases, social media posts, public notices as well as advertising and marketing will be done in both languages.

The change is the result of a complaint from Denis Labelle who told the municipality there are areas of the current by-law that are not being followed.

A council committee reviewed his request and agreed with Labelle.

An example of where the by-law is not being followed involves signs.

Moving forward all new signs that are created will be bilingual.

Additionally, existing signs will be in both English and French when they need to be replaced.

As council begins to debate the 2020 budget, a provision will be built into this year’s budget to allow for the changes.

Other changes include making the council agenda available in both English and French and ensure that residents can be served in the official language of their choice at all municipal facilities.

Over a period of time, all municipal by-laws will be converted into both official languages and any new by-law adopted as of January 2020 will be written in both English and French.

Stephan Poulin, the municipality’s Director of Economic Development and Community Services, says Labelle is pleased with the direction the community is taking in addressing his concerns.

Poulin told council that Labelle is not expecting all the changes to take place immediately and that changes will take place over a period of time.

The revised by-law will come back to council for a vote at the January 21st meeting.