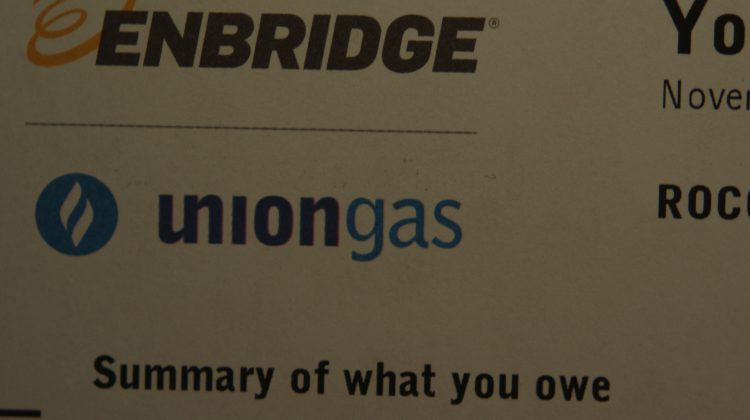 Residents of River Valley and Field could one day get Enbridge/Union Gas bills if plans move ahead to expand natural gas to both communities. (Rocco Frangione, MyWestNipissingNow.com staff)

Natural gas could be coming to Field and River Valley.

The development is thanks to the Ontario government moving forward with its second phase of bringing natural gas to under-serviced areas.

Gas companies normally don’t provide gas to under-serviced areas because of the enormous costs involved for the infrastructure.

But during September 2018, the newly elected Ford government announced the Access to Natural Gas Act to help overcome some of these costs.

The first phase saw nine projects shortly after the Act took hold and now the provincial government is ready to roll out phase two which would see more communities have access to natural gas.

To help pay for the costs, the government imposed a $1 per month charge on existing natural gas customers.

The goal is to raise $130-million that would be available to support natural gas expansion projects.

West Nipissing council has instructed staff to get more information about the program from the municipality’s local gas provider Enbridge/Union Gas.

Mayor Joanne Savage says she wants the municipality to be ready to move on bringing natural gas to West Nipissing and the two communities that were mentioned most often during council were Field and River Valley.

It’s expected that calls for projects will begin early this year.

When all the projects are in, the government will decide toward the end of the year which projects should get support.

Afterward, construction to bring natural gas to the approved projects would begin between 2021 and 2023.

The provincial government says natural gas is far cheaper than oil, electricity and propane and the most used source of heating fuel in Ontario.

It adds expanding natural gas to communities that currently don’t have the heating source makes it more attractive for new businesses to start up which add more jobs to the community.