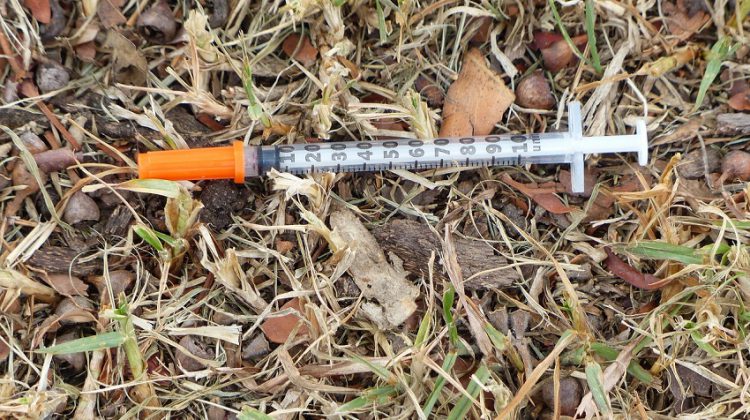 A needle exchange program carried out by the North Bay Parry Sound District Health Unit was a big success.

The health agency ran a promotion where it handed out gift cards for every 100 used needles brought back to the health unit or its partner.

Katharine O’Connell, the health unit’s Community Health Promoter says a total of 594 gift cards worth $5 each were issued from needles collected in North Bay, Parry Sound and West Nipissing.

The most cards were handed out in North Bay with 376 issued while Parry Sound saw 110 gift cards go out and 108 in West Nipissing.

The number of gift cards handed out means that almost 60,000 used needles were returned.

O’Connell says this was the first time the needle exchange program for gift cards was offered in both West Nipissing and Parry Sound.

Despite the success, O’Connell says the gift card initiative won’t be repeated.

“This was just a short-term solution and we want a long-term solution to increase the safe disposal of sharps in the community,” O’Connell said.

Just what form the next initiative will take is unknown for now.

“We’re working on doing an environmental scan with other health units to see what types of incentives they provide to increase the number of needles that are brought back to needle exchange services,” she said.

O’Connell says incentives work when it comes to getting used needles back into the hands of health officials and the health unit doesn’t want to lose the momentum it’s gained with the program.

She says when individuals come into the health unit to get new needles for their substance use, they are also building a rapport with the staff.

“So when they’re ready to either abstain from using substances or reduce their substance use, they have that relationship with someone here that can connect them with the right community resources,” she said.

O’Connell says the health unit uses a non-judgemental and non-coercive approach when interacting with people who use substances.