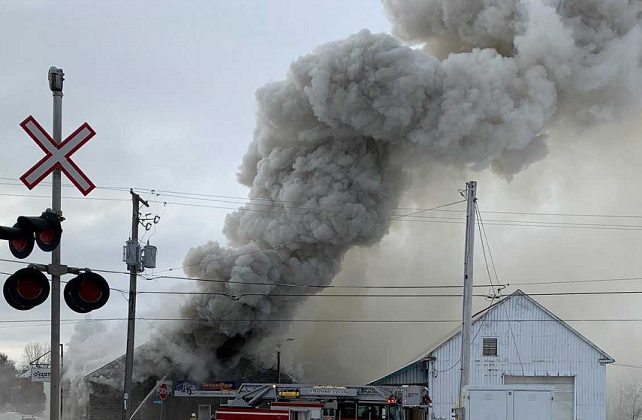 Nipissing West Detachment of the OPP assisted West Nipissing Fire Services with traffic control at the scene of a blaze which was reported around 10:00 a.m at Mobile Mechanical . The building was empty at the time and there were no injuries as a result of the fire.

The Office of the Fire Marshal has been called-in to investigate the cause of the fire.  The fire is not deemed suspicious.

Highway 64 was closed due to smoke and while crews worked to extinguish the fire until it re-opened at 2:45 p.m.