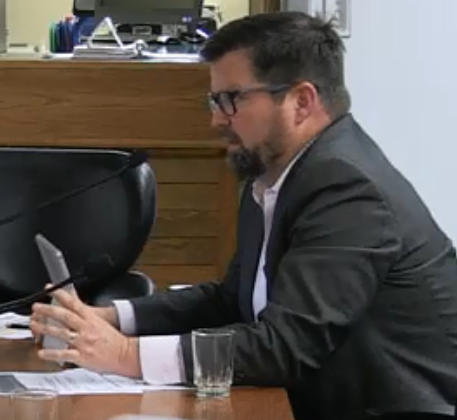 West Nipissing CAO Jay Barbeau says the Strategic Plan will be a first for the municipality. (Supplied by Livestream)

West Nipissing council has started the wheels in motion to create a Strategic Plan.

According to Jay Barbeau, the municipality’s CAO, West Nipissing has never had a Strategic Plan that encompasses more than economic initiatives.

But the plan for West Nipissing is to create a five-year plan.

Mayor Joanne Savage expressed an interest to have the plan completed before council begins budget deliberations for 2020.

Savage says that means the plan would need to be in place by the end of January.

Barbeau says the consultants that council eventually hires to put the plan together would meet with council to help identify priorities.

The consultants would also use focus groups.

Roveda said this committee would work in collaboration with other groups and not compete against them.

However, the formation of this new committee was postponed until the Strategic Plan is in place at the suggestion of councillor Lise Senecal.