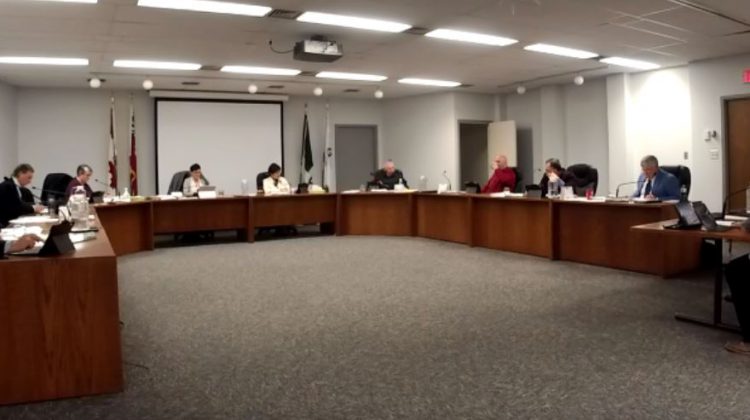 Some relief might be coming to residents of Dovercourt Road in West Nipissing.

Council has directed staff to look at what’s involved in turning the street into a dead-end in an effort to control speeding on the roadway.

The move is the result of homeowners complaining to council about motorists speeding on the street.

An effort to install stop signs didn’t work which then triggered a major discussion on introducing speed bumps on the road.

The debate included the pros and cons.

Although there was agreement that speed bumps would get motorists to slow down, council also heard that they could unintentionally create a safety hazard.

Mayor Joanne Savage pointed out that there are no sidewalks on Dovercourt.

Savage asked what would happen if a motorist lost control of their vehicle as a result of the speed bump and hit a pedestrian.

The Mayor said she wasn’t comfortable endorsing a speed bump solution because it could create a safety issue for pedestrians and then a liability issue for the municipality.

The debate finally turned to the dead-end concept.

Councillor Yvon Duhaime said a dead-end street would naturally reduce the amount of traffic on Dovercourt for through traffic.

Duhaime added that Dovercourt residents would naturally drive slower on the street where they live.

Staff will now examine the cost to create a dead-end street which would include a turnaround at the end of the street so vehicles have room to turnaround.

In a Memorandum to council, Public Works Manager Shawn Remillard indicated the dead-end could occur at Dovercourt and John.

Remillard adds this alternative is cheaper than installing speed bumps which are estimated to cost about $7,500 per bump.

Remillard also points out the dead-end can be configured so that it can be opened and used as an emergency detour or for other sensible reasons.