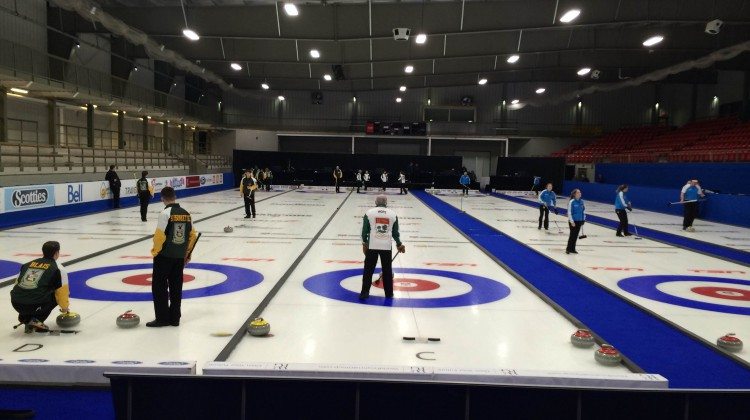 The Pinty's in North Bay kicks off tomorrow.(Supplied)

Time and space are running out for you to get your ticket to the Pinty’s Grand Slam of Curling.

The event, which kicks off on October 22 at North Bay’s Memorial Gardens, has announced that at the last update, 27,000 tickets have already been sold.

The Pinty’s Grand Slam of Curling is a professional league comprised of six men and women’s tournaments featuring the top-ranked teams from around the world. The event in North Bay is known as the Masters.

Teams have to qualify to play in the tournament by competing in the World Curling Tour to obtain Order of Merit points that determines rankings on who gets in.

The event will run in North Bay from October 22-27. The first curling event that North Bay hosted, the Women’s World Curling Championship set attendance records for any Women’s World Curling Championship that had been held in Canada. Team Canada skip, Jennifer Jones, who will also be competing in the event stated at the time that she had never played in a louder arena.

Tickets are available here and start at $10.