NDP Leader Singh has farming in his blood 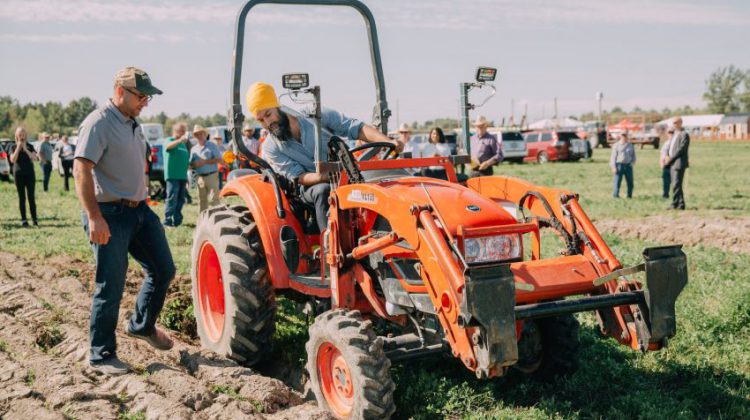 Jagmeet Singh shows off his plowing prowess at the IPM. (Supplied by the NDP, Facebook)

“My parents were farmers before leaving Punjab,” wrote Singh in a Facebook post, “so heading up north for the #IPM2019 is always extra special for me.”

After his turn at plowing a straight furrow, Singh expressed his appreciation for the agricultural sector and farm families, in particular.

Singh characterized the IPM as “a uniquely fun event.”

Day one of the IPM was not without fireworks. Horwath was accused by Ford of orchestrating the smattering of boos heard by the Premier during the opening ceremonies. The Leader of the Official Opposition denied the charge, claiming she had nothing to do with the boo-birds in the crowd.

“New Democrats are going to continue to fight for investments to help the agri-business and agri-food sector grow, including more infrastructure and public services for rural communities,” said Horwath.

Said Horwath, “You build our economy. You put food on millions of tables. You employ more than 800,000 people. When Ontario’s growers and agri-businesses succeed, Ontario succeeds. As your Official Opposition, it’s our job to be your partner.”