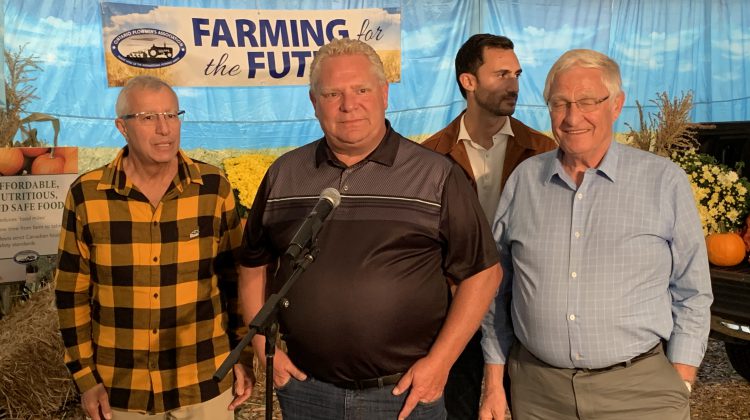 It was announced at the opening ceremonies of the International Plowing Match and Rural Expo by Premier Doug Ford, Fedeli will be joined by Ernie Hardeman, the Minister of Agriculture, Food and Rural Affairs when he heads over to Japan and South Korea.

“They are really promoting the agriculture sector here in Ontario,” Premier Ford said. “It is a massive sector that employs over 800,000 people. We are very grateful for the job they do, not only do they feed their own families, but they feed the whole country and in some cases, parts of the world. We always will stand behind our agriculture sector and our farmers.”

“Our government is very excited at the opportunity to go to both South Korea and Japan,” Vic Fedeli explained. “These are very active marketplaces for Ontario. We do about $14 billion worth of trade with Japan now, and about $7 billion with South Korea. This is an opportunity to expand on that. We need economic development to grow Ontario and when you go into our eighth largest trading partner, which is how we are going to continue to show that Ontario is open for jobs and open for business.”

The whole trip will run from October 12-25, with the two ministers splitting the trip by going for a week each.
“We are going to get a back to back punch as we work to get jobs into Ontario from investments from Korea and Japan,” Fedeli said. “Minister Hardeman’s trip will be all about our great agriculture in Ontario. Mine will be specifically more auto, aerospace, and technology.”