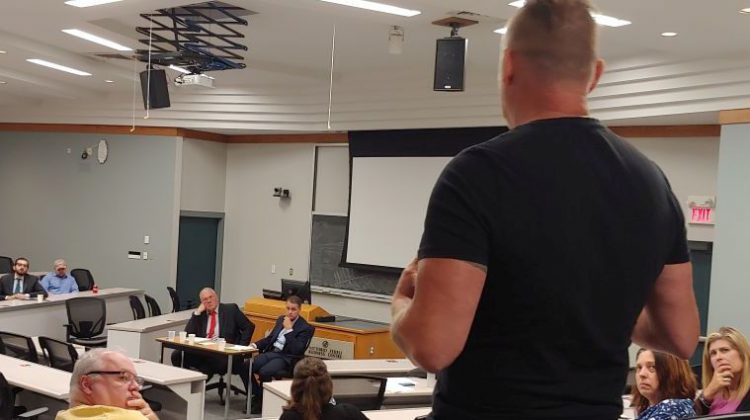 Nipissing First Nation Chief Scott McLeod said the scope of the addictions and mental health issues in urban centres is no shock to him after what he has seen in his community.

“As you’re most likely aware, First Nations in Canada, we lead in a lot of statistics. Unfortunately, they are statistics like teen suicide, lack of housing [and] clean water, economic opportunities are non-existent,” said McLeod.

“When it comes to community safety, everything you see in non-Indigenous communities is ten-fold in my community…When it comes to policing, we’re systematically underfunded but we have the most problems. It doesn’t even make sense on that level, not to mention the funders are the ones that caused a lot of our problems.” 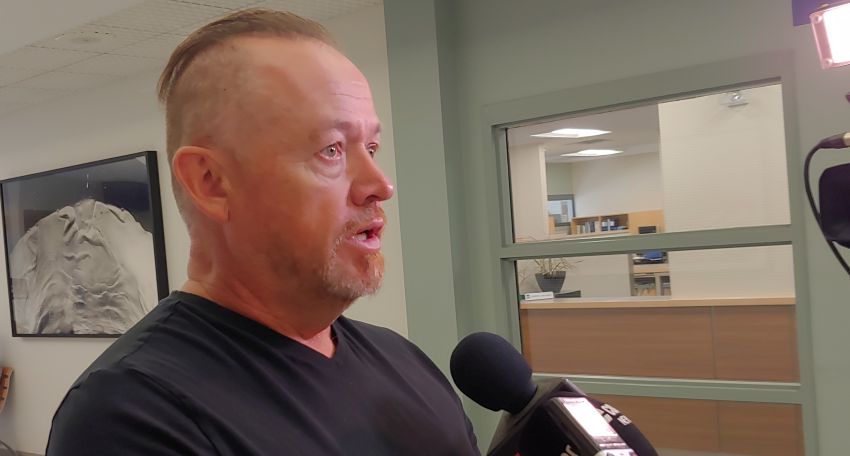 After the address to the panel during the course of the meeting, the NFN Chief covered a wide range of topics in the hallway.

“To hear other communities talking about the struggles that they have with such things as opioid addiction,” McLeod said, “if it’s bad outside of First Nations, you can imagine the level of concern we have in our community.”

McLeod admitted the talk from the federal government is wearing thin. “They’ve been in power four years now. We have heard lots of talk. Our frustration is that talk has not been met with the same level of passion, with action.”

McLeod added, “We’re still waiting to feel the effects of reconciliation at the community level…Instead, we get the provincial government cutting the Indigenous Culture Fund, which is not an art program. [It] was designed to help restore the losses that our communities face in culture and language as a result of residential schools and Truth and Reconciliation and it was cut like it was some kind of arts and crafts program.

“We’ve been waiting four years and the process is very slow.”